The most capable C-130Hs in the world

The recovery and upgrade of two C-130s for the Royal Netherlands Air Force (RNLAF) was one of the most extensive and complex engineering projects ever undertaken by Marshall.

In addition to upgrading the RNLAF’s existing two C-130H-30s, we supported the service in its acquisition of two EC-130Qs from the United States. The restoration work was to be performed at Marshall’s Cambridge site, which meant the two EC-130Q airframes were dismantled and then transported separately, travelling overland from Tucson to the port of Houston, followed by a sea journey terminating at Tilbury Docks in the UK. The last leg of each aircraft’s journey was again by land, a short but complex trek to Cambridge.

Once on site, ‘recovery’ began, returning the two EC-130Qs to C-130H build standard, as well as ensuring, where possible, that the aircraft systems matched those of the RNLAF’s first two C-130H-30. In addition, all four aircraft received avionics and safety modifications under Cockpit Upgrade and Cabin Safety Improvement programmes (CUP and CSIMP respectively).

All four aircraft are back in use by RNLAF and are now among the safest and most capable C-130Hs in the world.

The C-130 Hercules was originally designed as a troop and cargo transportation aircraft in the 1950s and has since been adapted for a wide variety of roles, including weather reconnaissance, aerial refuelling and firefighting. It has a continuous production longer than any other military aircraft and remains a popular platform with air forces all over the world. However, many C-130s in operation today are several decades old, having amassed thousands of flying hours, which means keeping them relevant and airworthy poses an increasing challenge to operators. 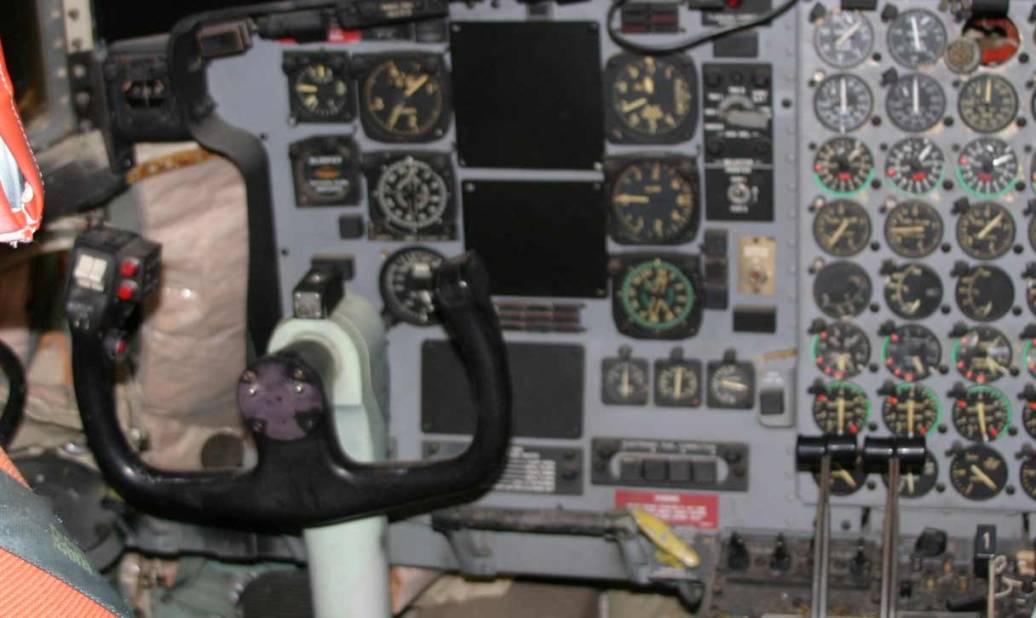 To ensure the continued airworthiness and to maximise the tactical capability of the long serving platform, it is necessary to carry out frequent upgrades to ensure compliance with emerging aerospace regulations.

This was precisely the situation facing the RNLAF fleet of C-130H aircraft, the oldest of which was registered in 1978. 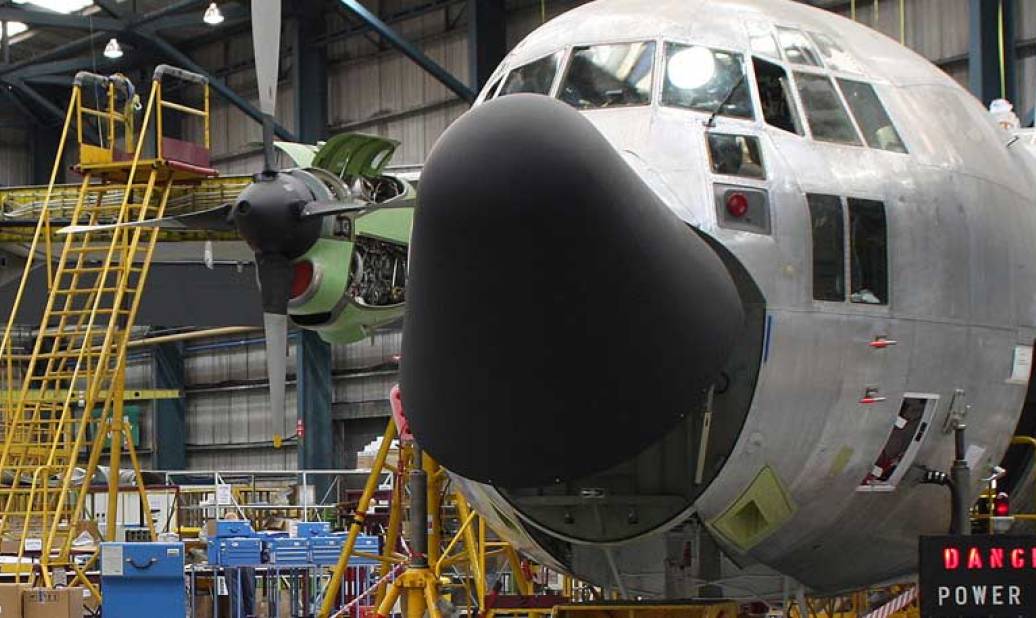 The modifications to the RNLAF C-130s consisted of a Cockpit Upgrade Programme (CUP) and Cabin Safety Improvement Programme (CSIMP).

The installation of a Communications, Navigation and Surveillance system for Air Traffic Management (CNS/ATM) was also required to enable the RNLAF’s aircraft to fly through civil airspace. The system is based on CMC Electronics’ Flight Management System (FMS) integrated with an Inertia Reference System (IRS), VHF Omni-range Radio (VOR), Distance Measuring Equipment (DME), Automatic Direction Finder (ADF) and Global Positioning System (GPS). A traffic Collision Alert System (TCAS) and an Enhanced Ground Proximity Warning System (EGPWS) were also installed as part of the upgrade, and the cockpits were made night vision capable.

With these findings, the CSIMP programme was launched, which consists of two streams: Safety Enhancements and Operational Enhancements.

The CUP and CSIMP programme are critical to ensure the continuing availability of the aircraft. 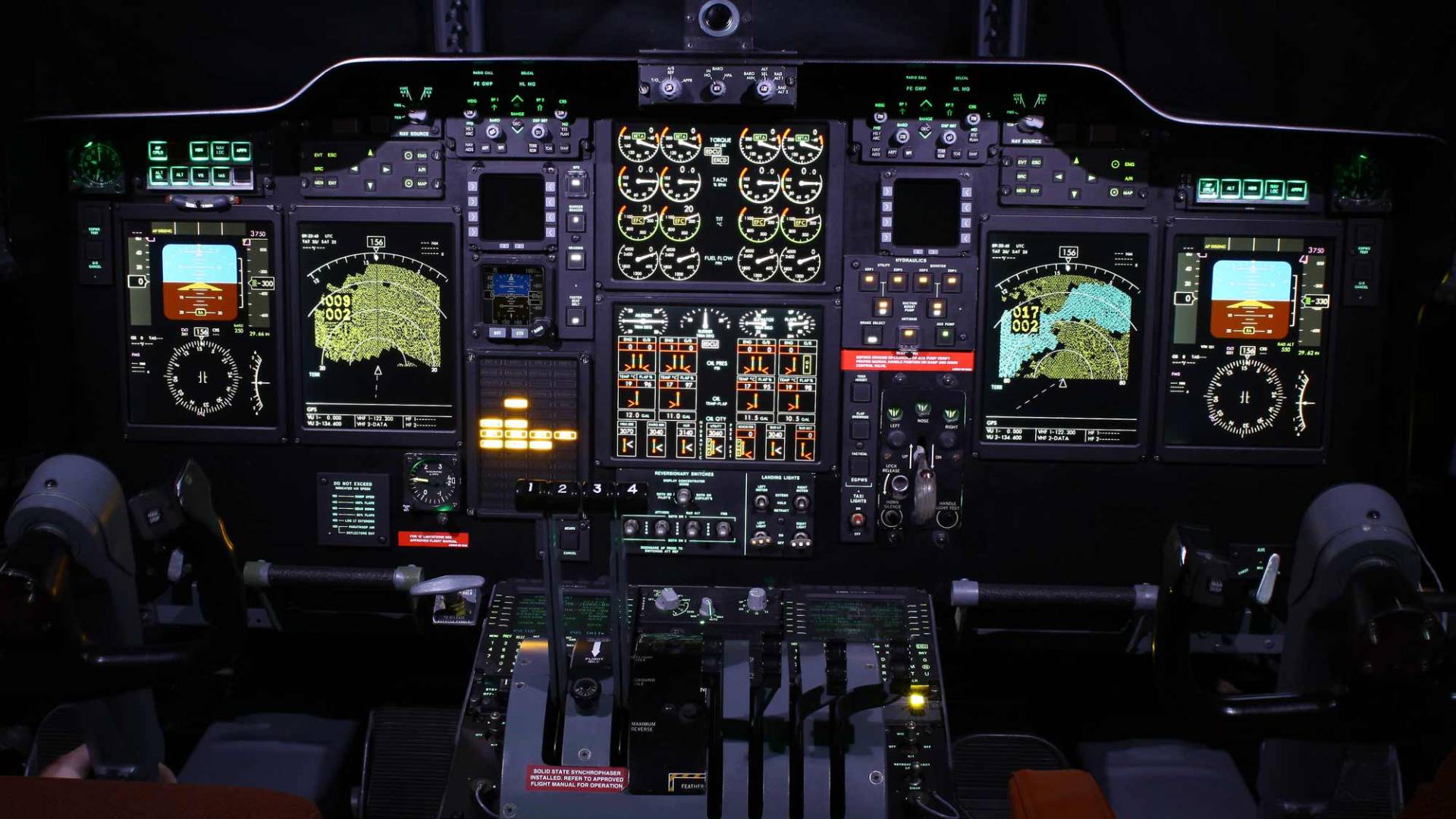 Celebrating over 20 years of partnership

The recovery and upgrade of the two C-130s for the RNLAF was one of the most extensive and complex engineering projects undertaken by us. We have been collaborating with the Royal Netherlands Air Force for more than 20 years, providing engineering guidance and support as well as maintenance services for their fleet.

“Throughout the years, we have transformed the relationship into one of cooperating and partnering. The Royal Netherlands Air Force provides the operational input, while Marshall delivers the engineering solutions. A proven and rock solid combination. If technical problems arise, Marshall is immediately around to support the Royal Netherlands Air Force. This focus on the customer’s true needs really distinguishes Marshall in the aerospace industry.”

Equipping the Royal Netherlands Air Force for the future 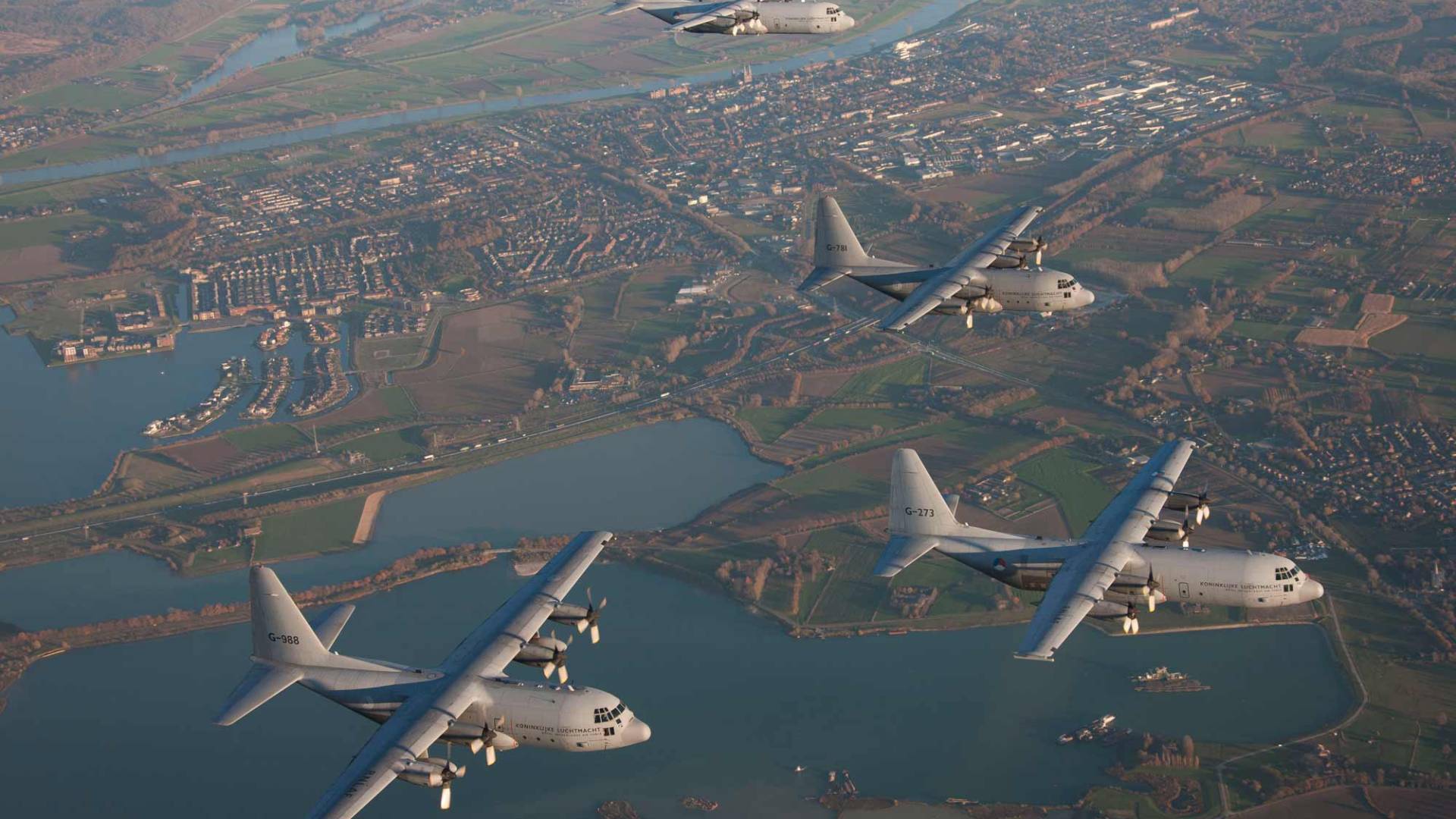 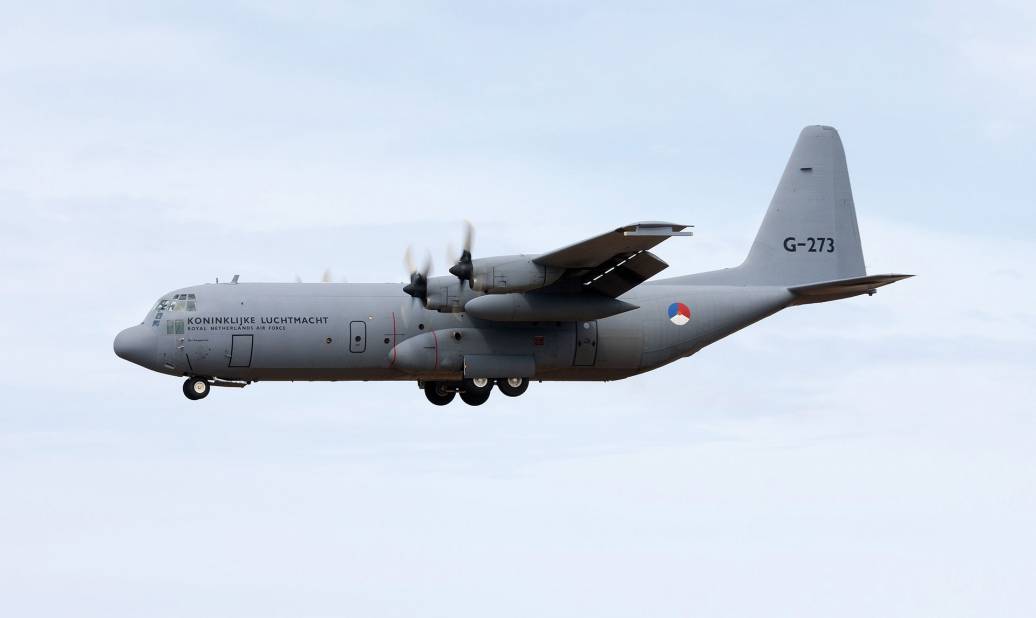 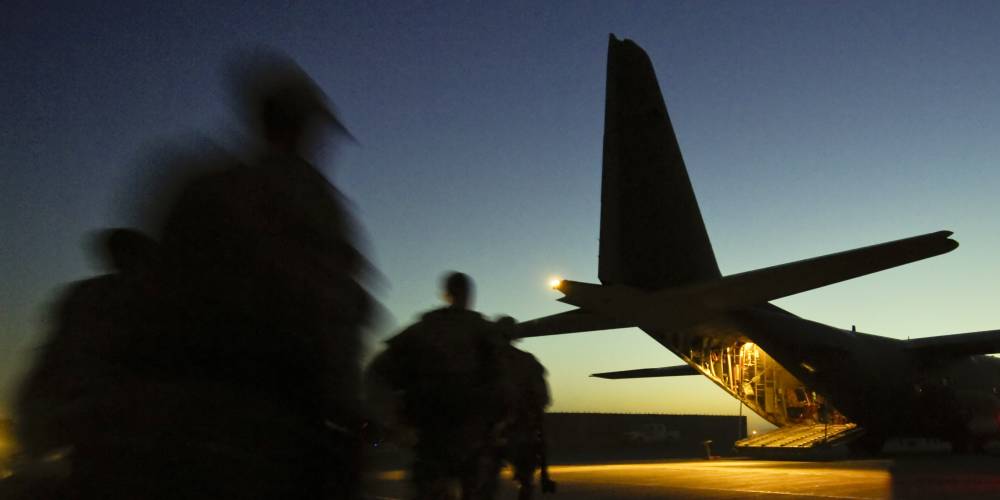 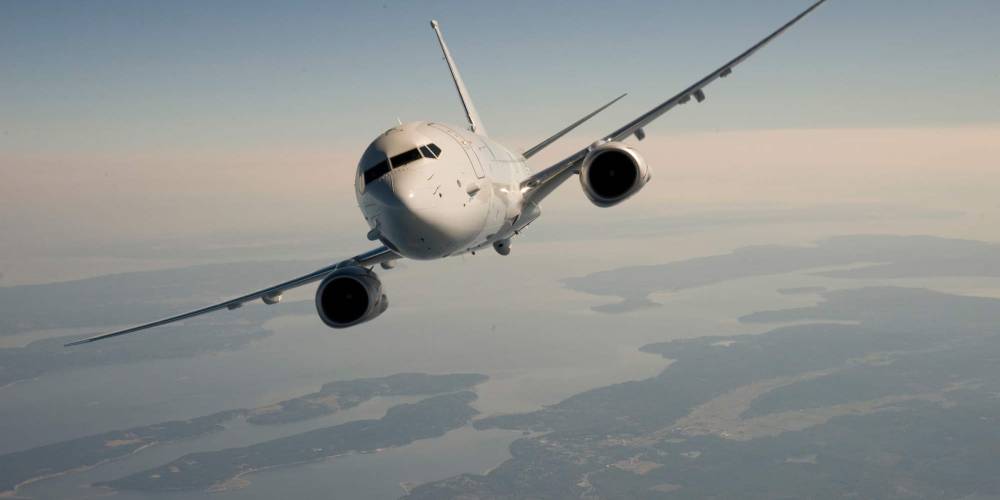