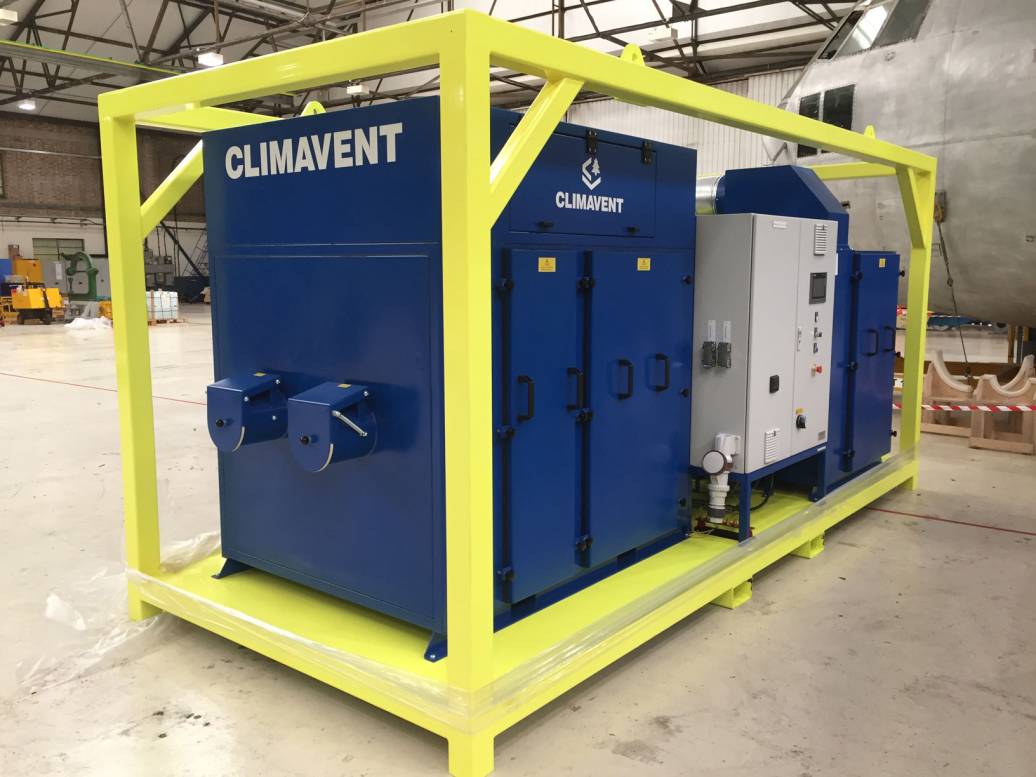 The company designed and commissioned the unique mobile air cleaning unit that monitors the emissions of solvents and reduces odour after realising that no such equipment currently existed.

Cambridge City Council this week gave the green light for the equipment, after data testing showed the unit capable of reducing emissions to less than half the Government limits.

Marshall ADG uses the unit for small paint jobs on aircraft, without the need to transport them to the main paint facility across its site at Cambridge Airport. Leaving an aircraft in its maintenance bay is more environmentally friendly, takes less time and frees up the main paint shop for larger projects.

“Where up to five per cent of an aircraft needs painting it makes sense to leave it where it is, but we wanted to ensure that the emissions from our mobile paint booth were as low and environmentally efficient as possible and for that we needed specialist equipment that just wasn’t available,”

The company commissioned world-leading fume extraction specialists, Climavent, to integrate sensitive intelligent monitoring equipment and control systems, that could measure and adapt how it works to eliminate minute solvent and odour particles from its mobile spray booth.

It uses eco-friendly coconut shells in a process that triple filters the particles, getting them to below 20mg per cubic metre - less than half the Government’s legal limit of 50mg.

“We wanted to filter and then demonstrate that as much of the solvent and odour emissions as possible were being eliminated. We’re delighted that the City Council has verified that data and grateful to their Environmental Health team, and Climavent, who enabled this project to go ahead,”

The new equipment has been so successful that the company is planning to commission a second unit, which will be used predominantly on C-130 Hercules cargo planes.

Marshall ADG is believed to have one of the largest paint shops in Europe - large enough to house a Boeing 747 - and also one of the most environmentally effective.

The company specialises in the maintenance, repair and overhaul of C-130s and other platforms for the UK RAF, foreign military and civil customers.