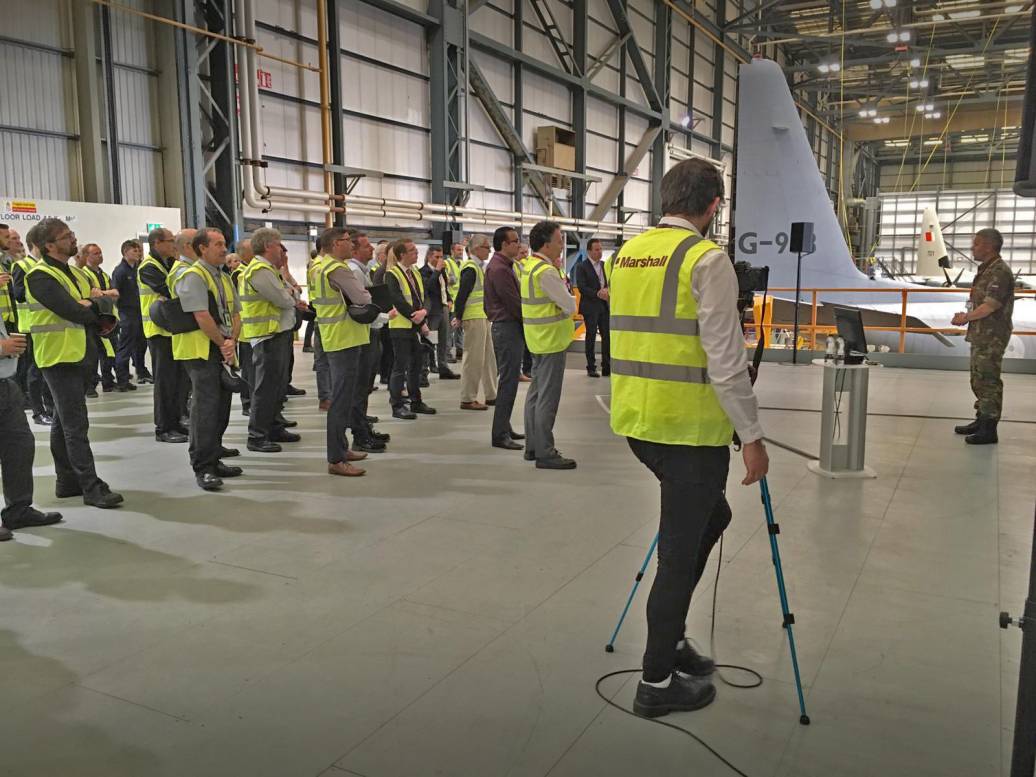 We were delighted to host Lieutenant Colonels Jorrit and Robin from the Royal Netherlands Air Force who took time out of their busy schedule today to drop in to meet members of the Marshall Aerospace and Defence team in Cambridge to thank them for the vital role they play in keeping its C-130H fleet in the air.

The pair talked to around 70 aircraft engineers, technicians and support staff about the criticality of the work the fleet is doing for the air force and the important role that Marshall plays in helping extend the lifespan of the platform under the Total Sustainment contract signed late last year.

They told the team:

“Some of our aircraft are in your hangar now and we rely upon them to achieve our objectives, from combating international unrest, to providing disaster relief. Make no mistake – the part you play in keep those aircraft flying should not be underestimated. You are helping us to succeed”

The two LtCols were given a tour of the Marshall’s Aerospace facility, the hangar where its aircraft are serviced, and to the Paint Shop, before meeting some of our talented apprentices.

LtCol Jorrit is Commander of 336 (C-130) Squadron and LtCol Robin is Chief Maintenance and Logistics at Eindhoven Airbase.