Rob Cattrall explains our goal to “delight” the Indian Airforce 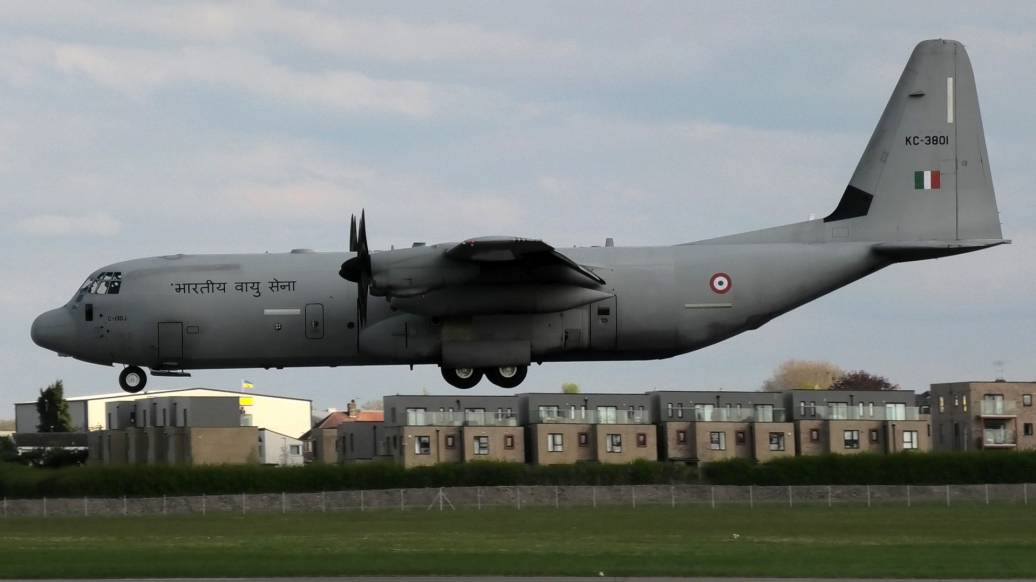 Plane spotters were quick to capture the arrival of the first Indian Airforce C-130J at Cambridge Airport, ready for service by the extraordinary team at Marshall Aerospace.

This aircraft is the first to be serviced as part of Marshall’s contract with Lockheed Martin, where the Cambridge based company will support the Indian Airforce, Lockheed’s client, by providing a 12-year out of phase inspection and repaint for some of its fleet of five C-130Js.

We spoke to Rob Cattrall, the MRO Manager for the programme to find out more about it.

Rob, firstly, what is an MRO Manager, what does one do – and how did you come to be an MRO?

“MRO stands for Maintenance, Repair and Overhaul. As MROs, we manage, support and help the wider MRO team on the delivery on aircraft programmes.

"The role of the MRO starts with the bid process/ PIP process (existing customers) - we help to understand in advance the required work scope, potential additional work & modifications to support the internal MRO team and externally our customers. This de-risks our work activity to ensure the aircraft deliveries are achieved to schedule planned downtimes at Marshall. We also make sure the technical and global communications agreements are in place, manage relationships with customers, suppliers, and manufacturers – and ensure we’re compliant with all the different regulation, like export control. We’re also constantly tracking the work of our maintenance teams to make sure we’re on schedule. There are always new problems we didn’t know about, so we have to work out how to manage those. I describe it my role as looking inwards at the programme to then push outwards to 3rd parties & customers to achieve delivery.

"I was in the RAF for 22 years, starting on C-130K maintenance in 1991. It was through my work in the RAF that I first encountered Marshall, and when I was ready to leave the RAF in 2012, I was recruited to the role of Aircraft Manager. In the intervening ten years, I’ve had a few job title changes – and have worked a range of programmes, including HIOS, Bahrain, Navair Blue Angels Fat Albert, Austria, NAVAIR Kuwait and now the Lockheed India programme."

Tell us about the work with the Indian Airforce

"We’re contracted to work on this project by Lockheed Martin – and we will focus on a very bespoke set of requirements, including a full repaint."

As this is the first time Marshall has worked with the Indian Airforce as the ultimate end customer, tell us about that experience.

"As part of bid process, I visited India to undertake a survey of the first two aircraft at an Airforce base in Hindan, near New Delhi, looking at both the Aircraft and their documentation. It was a chance to look for faults – but also to talk openly with both the Indian Airforce as the end user, and Lockheed Martin, about their requirements and also the risks.

"From these conversations, we began to understand how we could ‘delight’ the Indian Airforce. A lot of their flying takes place in dry, desert-type conditions, using strip landings – so their aircraft get extremely dirty. It became clear that the paint job – where we’re changing the colour of the aircraft – is incredibly important to them, so we know that’s a particular priority."

"I’m heading back out to India in October to inspect the next three aircraft before they come to Cambridge. These inspections help me ‘de-risk’ our work – I can spot emergent faults, predict what parts we’ll need, check any composites or potential opportunities.

"India is relatively new to owning C-130Js and likes to keep its fleet of C-130Js in constant utilisation, which makes maintenance harder. As with my previous visit, I’ll continue to offer advice on how they can best maintain the C-130Js themselves – and explore whether there are other opportunities with Lockheed Martin for Marshall to offer more support, including modifications. It depends on how well we delight them. Watch this space!"