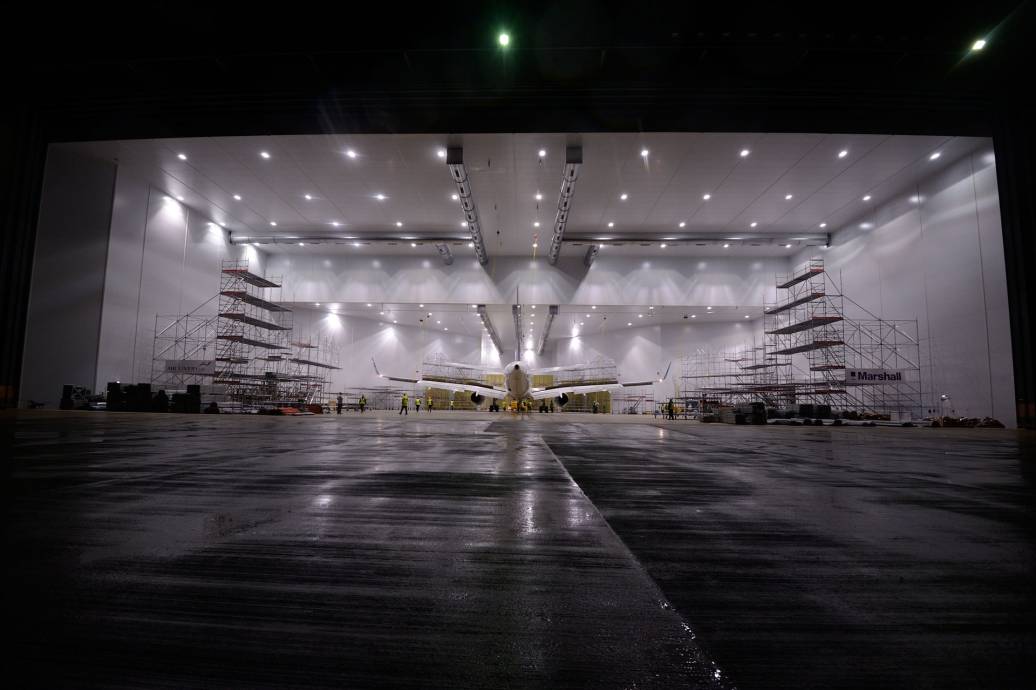 Marshall Aerospace and Defence Group has reduced the Carbon Dioxide (CO₂) emissions of its paint shop by more than 50 per cent in the last year.

The company has reduced its CO₂ emissions from 2100 tonnes to just over 1000 tonnes a year, lower than the 1200 tonnes aimed for when it invested £130,000 in further improvements to the new air cleaning unit in its paint shop in 2018.

Marshall ADG has also halved its consumption of gas as a result of this improvement.

“We’re delighted to have surpassed our targets, which is of great benefit to the wider environment. We always strive to improve our operational performance to ensure we’re protecting vital resources,”

This additional investment follows on-going analysis of energy usage since a huge £5.5m upgrade by Marshall five years ago, which included installing a state-of-the-art Regenerative Thermal Oxidiser (RTO) the air cleaning unit that removes odours and fumes from its aircraft painting facility.

Marshall ADG is believed to have one of the largest paint shops in Europe - large enough to house a Boeing 747 - and also one of the most environmentally-effective.

“We’re saving the equivalent CO₂ as emitted by more than 130 homes, which is significant, and more than we’d hoped for. Making a difference is important, for the company and for the planet,”

The upgrade to the unit is part of a large Continuous Improvement programme Marshall has implemented to set the highest standards in environmental sustainability, safety and financial efficiency across the business.

Marshall uses the paint shop to finish the numerous repaired, modified or overhauled aircraft for the RAF, foreign military and civil customers.