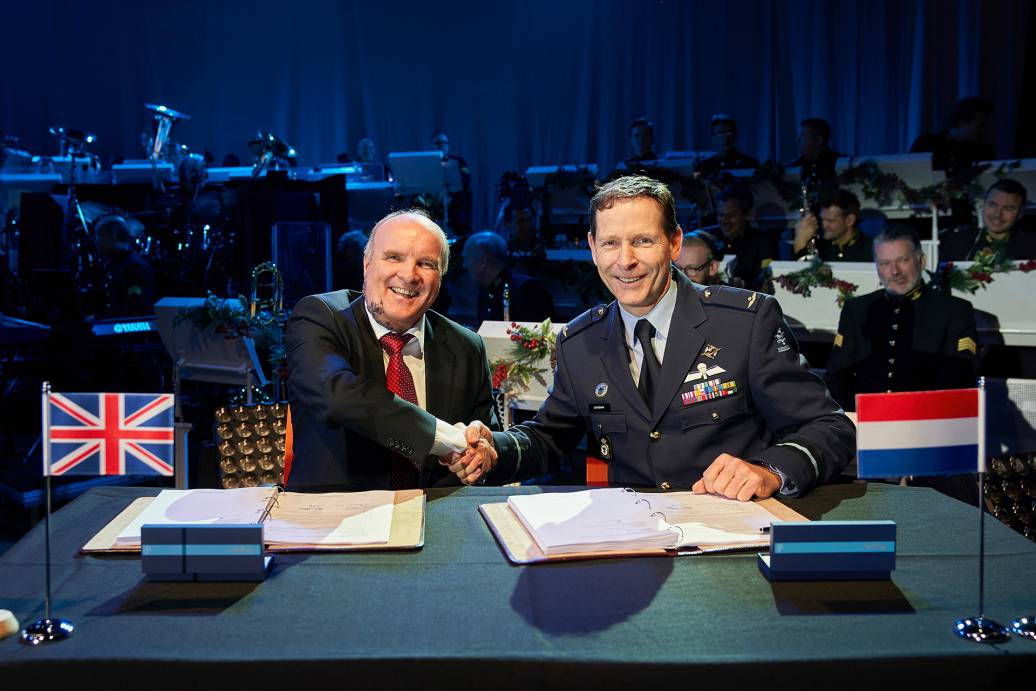 Marshall Aerospace and Defence Group has secured a contract with the Royal Netherlands Air Force to sustain its C-130H fleet through to its out of service date.

The contract was signed this morning during a ceremony at the Eindhoven Air Base in the presence of senior officials from the Defence Materiel Organisation (DMO) and the Royal Netherlands Air Force.

Marshall’s bid was confirmed as the most economically advantageous tender following careful and thorough verification and evaluation of the international tenders submitted for the sustainment of the C-130H fleet,

“This is a very important contract for the company and further builds on the 22-year history that Marshall has in supporting the Royal Netherlands Air Force. The relationships between Marshall and the Netherlands are extremely strong and we look forward to providing a world class service to the C-130H fleet as we sustain the aircraft through to the end of their operational service.”

“We wish to thank the Royal Netherlands Ministry of Defence for the trust they have shown in Marshall to be their long-term partner for both this C-130 sustainment project and also the recently signed DVOW contract,”

"This contract is a further step into modern sustainment and logistics for our C-130 fleet. Our job is about availability and affordability for the RNLAF and this modern approach is needed for that.

“The new contract comprises a lot more than previous separate contracts and defines a future collaboration where more will be achieved by combining our collective knowledge and skills. It will help to fulfil my ambition to build a joint capability for more predictive maintenance and logistics. A contract like this can only rest on a strong strategic partnership and that is what I value in particular. I am looking forward to extending the successful and inspiring cooperation with Marshall."

The multi-year total sustainment contract for the C-130H fleet will see Marshall deliver a turn-key solution to the Royal Netherlands Air Force covering aircraft maintenance, engine maintenance and supply chain management. Marshall has already carried out a major Cockpit Upgrade Programme on the fleet and currently holds the Engineering Support contract. In the delivery of this contract Marshall will again be working with the local defence industry in the Netherlands.

At the beginning of December Marshall also signed a contract worth in excess of £100 million to supply the next generation of containers to the Dutch Armed Forces under the Defensiebrede Vervanging Operationele Wielvoertuigen, or DVOW programme.