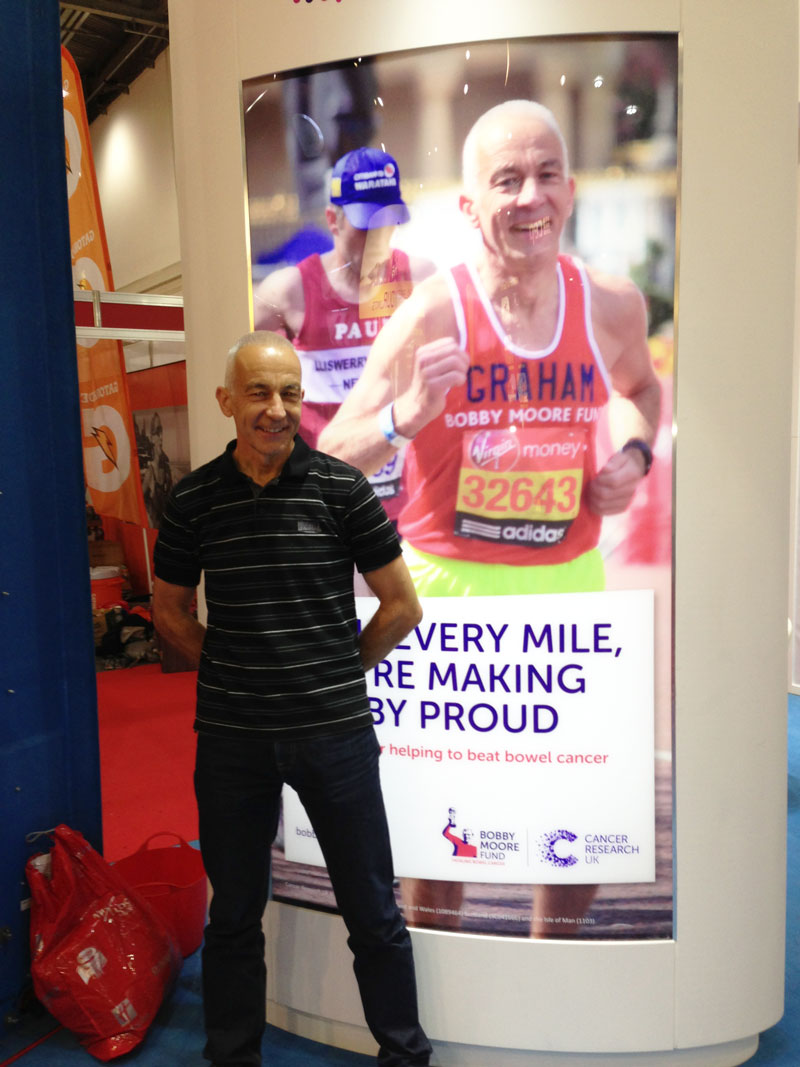 Over the past 20 years, Graham has raised a staggering amount for the charity, just under £40k, and is looking to boost the total even further with this year’s fundraising.

“Back in 1998, I had no idea how the Marathon bug could grab you. Some 24 consecutive London Marathons later, it still has a truly unique and incredible appeal. This year’s training started much the same as every other year – lots of miles and lots of long distance runs.

“Even after all these years and previous marathons, the day of the marathon still holds a certain mystic challenge for me and the post-race atmosphere is just something else; people everywhere all reliving their experiences with loved ones, all this fun and raising another two thousand pounds for my charity into the bargain, what a day!” 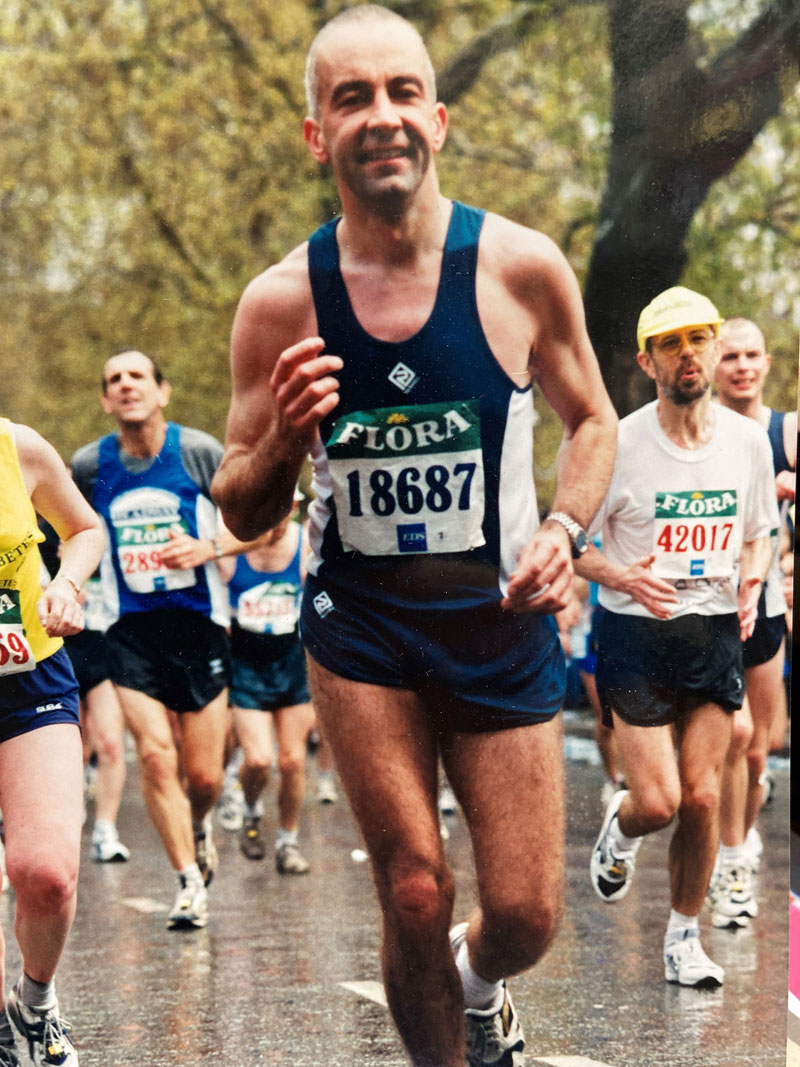 Why Cancer Research and The Booby Moore Fund?

“The very word cancer still strikes fear into most people. As a child I seemed to remember loosing most of my elderly aunties and uncles to cancer. My mother in law died of Bowel Cancer in 1994, lots of bad news stories like most families I guess. 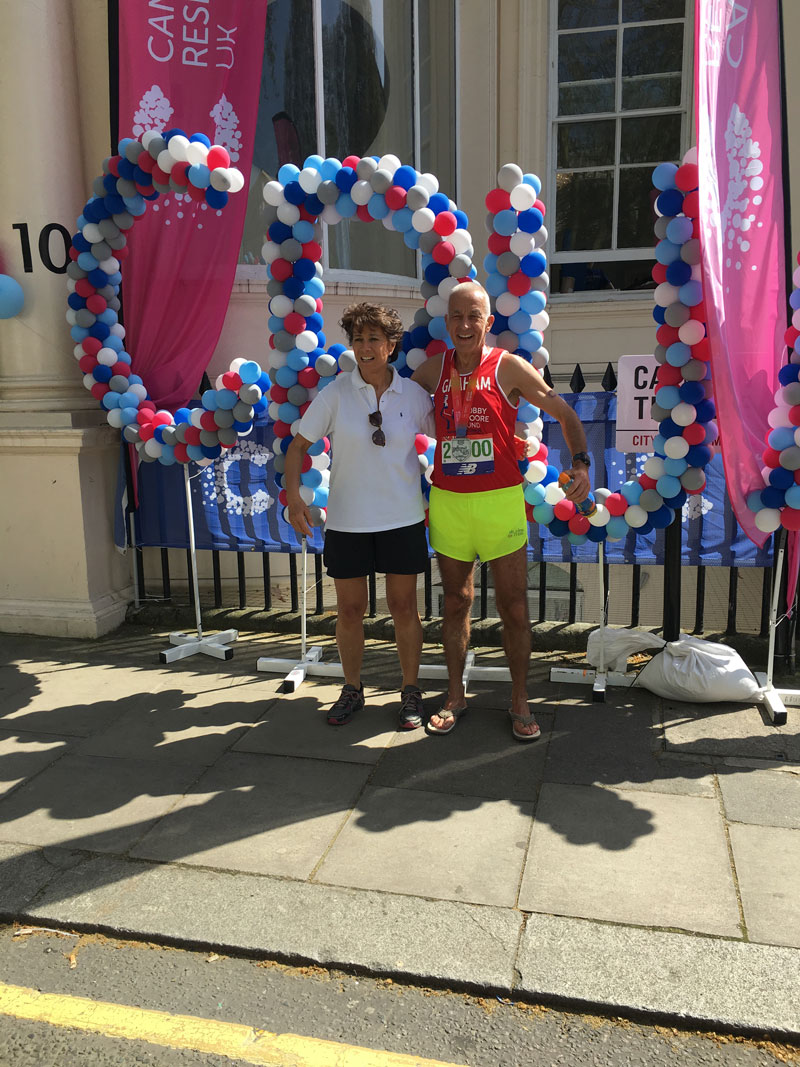 “My sister, aged just 30, was diagnosed with Cancer back in 2005, but it was caught early and she has made a full recovery and been cleared for 15 years now, so not all bad news.

“Bobby Moore was a sporting icon of mine. I thought he was such an ambassador for football; he was the one name that I remember so well as a child growing up. I thought that running with the famous number 6 on my back would be so cool and to have my surname on there as well seemed the icing on the cake, even though I am the only one who knows my surname is the same.

“Feeling part of such a really worthwhile cause is just amazing and being part of the Bobby Moore team is even more special as it seems to represent a small team that I feel a big part of. Meeting the great support each year and Stephanie personally on two / three occasions also just adds hugely to the whole experience.

“It really has been life changing – if anyone is looking for a real challenge, I recommend it, but be aware the bug could bite you!”

Not content with his 24 London Marathons, Graham has also undertaken an additional 21 full marathons (including Boston, Berlin, Athens and Cape Town) as well as 160 half marathons – phew! 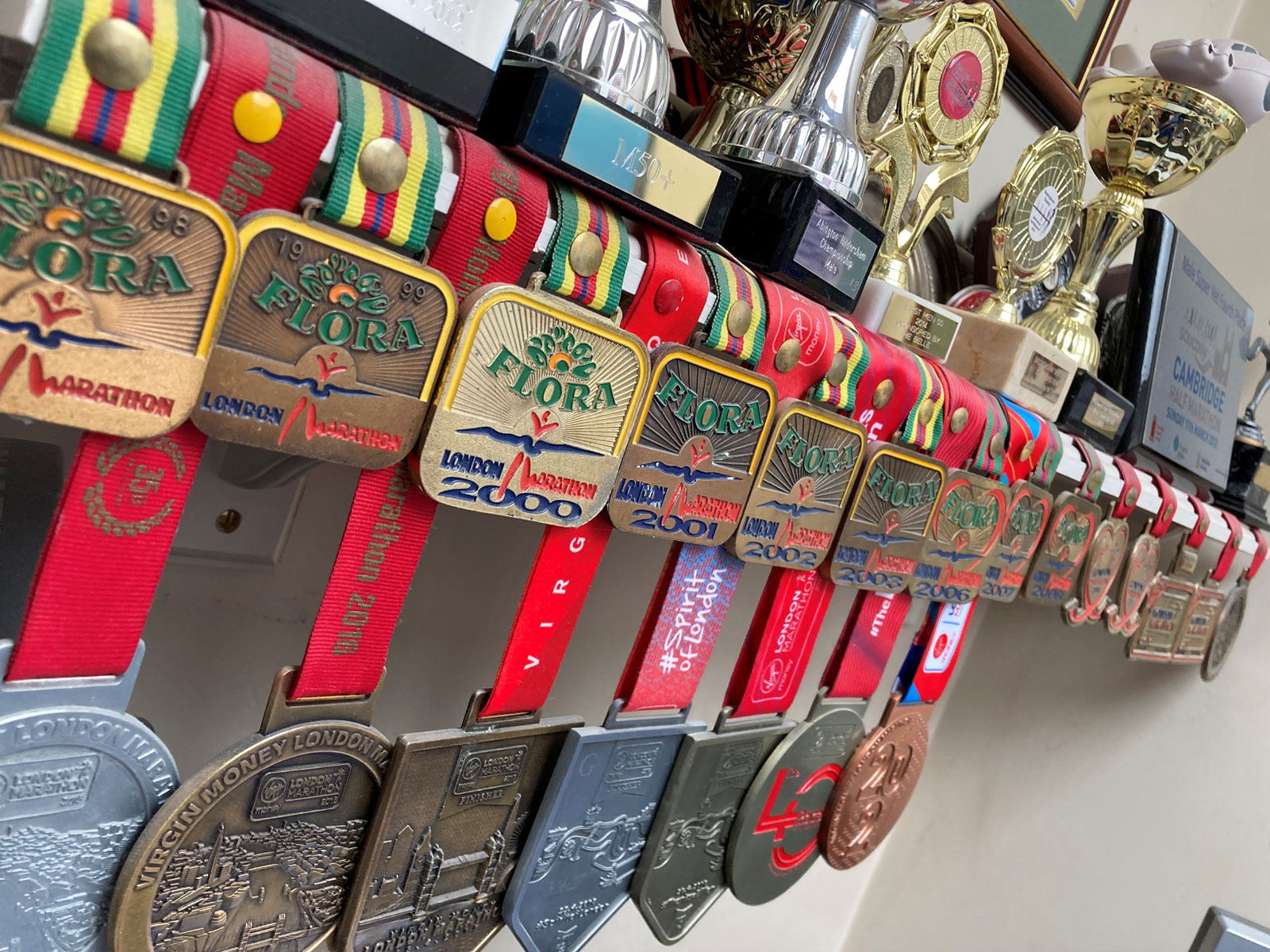 So, what’s next Graham after October? Will you be going for number 26?

“30 sounds like a good round number, if I keep my time under 3-45 I will continue to get a guaranteed good for age entry, so just need to keep pushing on!

“Having completed London, Berlin and Boston I still have another three majors that I need to complete: New York, Chicago and Tokyo, so these are on my list to do as well.”

We’re wishing Graham all the best for 2 October! If you’d like to donate, you can do so using the button below.