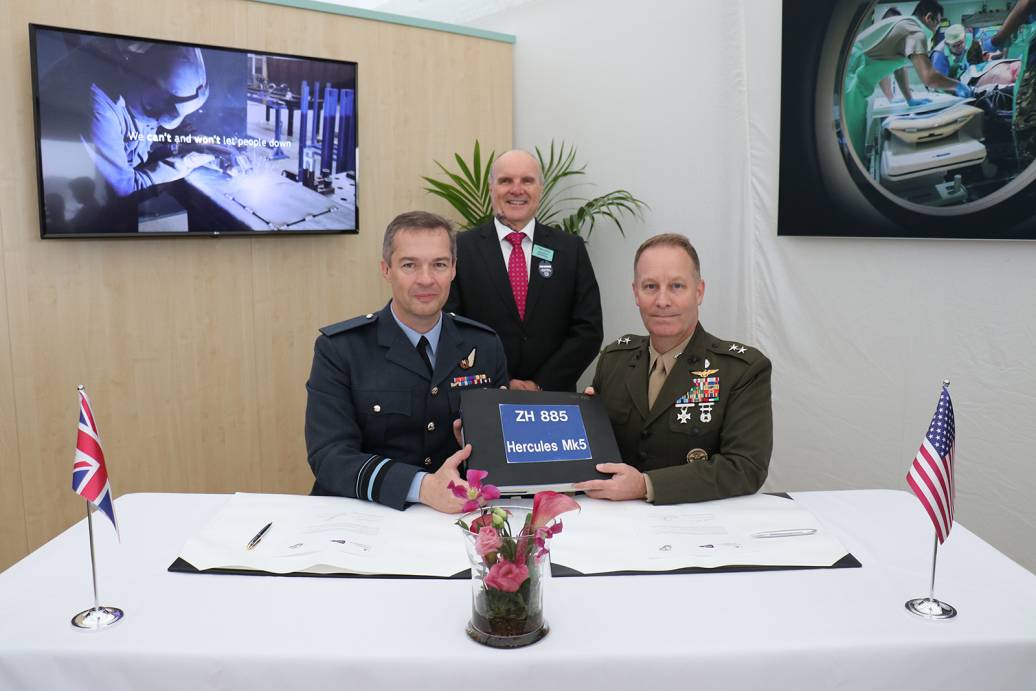 Marshall Aerospace and Defence Group today hosted the official signing of a contract between the US and UK for a C-130J aircraft that will become the replacement to the iconic Fat Albert for the Blue Angels flying demonstration team.

The contract was signed in the Marshall chalet at the Royal International Air Tattoo by Air Vice Marshal David Cooper, RAF Officer Commanding Number 2 Group, and Major General Gregory L. Masiello, Program Executive Officer for Air, ASW, Assault & Special Mission Programs, in the presence of representatives from the UK and US Governments and Marshall.

Marshall will carry out the maintenance, painting and modifications to the US Navy’s replacement Fat Albert. The aircraft is a C-130J that the US Navy has purchased from the UK Ministry of Defence to replace the C-130T that the squadron used for 17 years until retiring it from service in May this year.

“We are extremely proud to host this momentous signing ceremony at RIAT, the world’s greatest air show, in the presence of so many leading representatives from our two nations.

“Fat Albert was an iconic aircraft and our teams are looking forward to getting its new replacement into service early next year. It will be great to see this eye-catching aircraft on show around the world in the future!”

“We are very much looking forward to taking delivery of the aircraft and are very grateful to both the UK MoD and Marshall for enabling this transaction and know that the C-130J Hercules will be a valuable addition to our flying demonstration team.”

“This is a superb indication of the co-operation between the militaries of the United Kingdom and the United States. We know that this C-130J Hercules will serve the United States Navy as well as it has served the Royal Air Force.”