Marshall completed the CUP (Cockpit Upgrade Programme) in 2005 which was followed by the groundbreaking TACAMO contract where two ex-US Navy EC-130Qs were converted to C-130Hs which included the CUP configuration. 2006 also marked the establishment of the engineering office in Leiden, the Netherlands.

Further capability insertion, scheduled and unscheduled maintenance and technical support agreements were put in place to sustain and increase the availability and capability of the fleet of four aircraft. 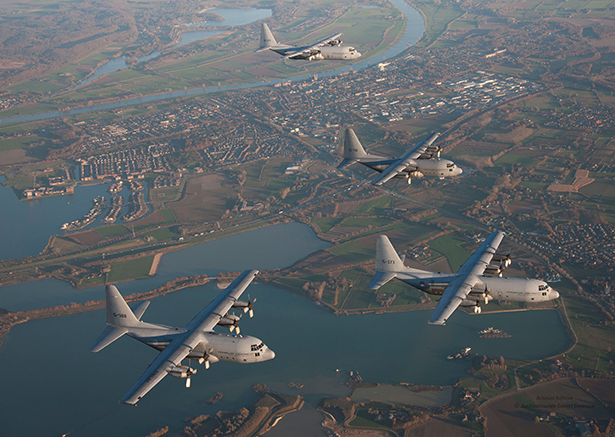 Rupert Dix, Managing Director of Military Aerospace at Marshall Aerospace and Defence Group commented: “We are incredibly proud to support the Royal Netherlands Air Force fleet of C-130 aircraft and over the last twenty years, we have jointly focussed upon improving availability and affordability through innovation.”

Steve Fitz-Gerald, CEO of Marshall Aerospace and Defence Group commented: “I am immensely proud of this milestone; it is testament to the spirit and partnership of everyone involved over the last two decades and I look forward to what we can achieve in the future”.