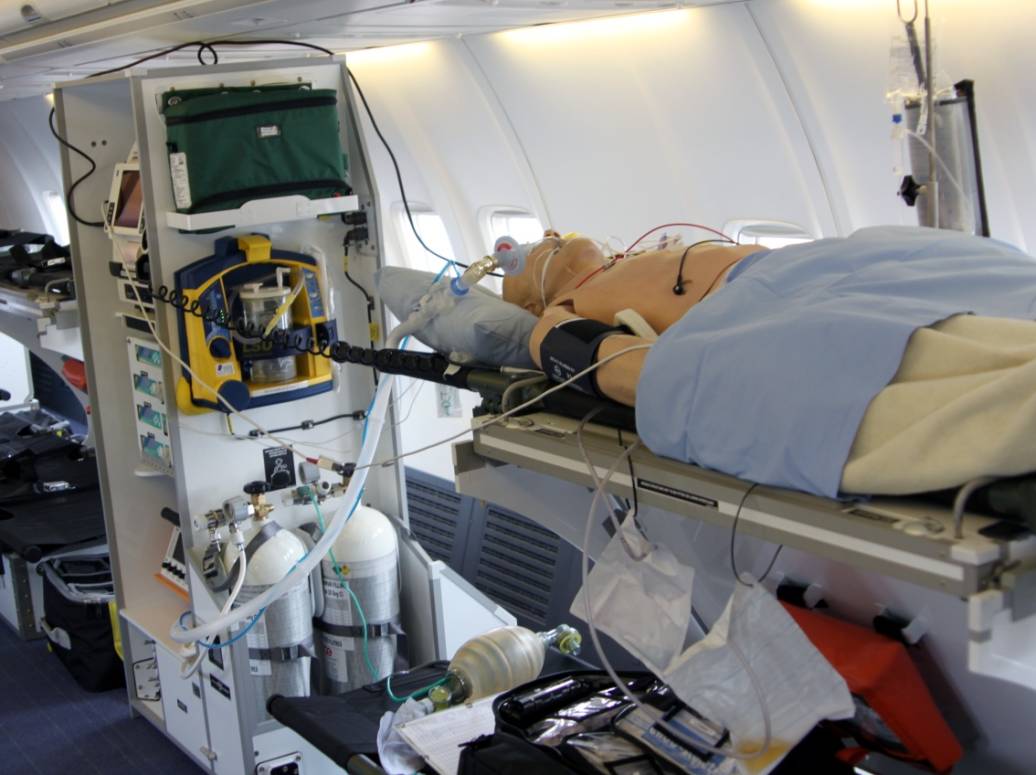 For the past 11 weeks, an Air Evacuation system developed and manufactured by Marshall Aerospace has been used by Scandinavian Airlines (SAS) to fly wounded soldiers and civilians from the Ukraine to hospitals in several European countries using a specially-equipped commercial passenger jet.

The system enables an SAS Boeing 737-700 commercial airliner to be rapidly reconfigured for casualty evacuation duties. A full configuration of the passenger jet can be achieved in well under four hours, as does the configuration back to normal passenger mode.

A fully-configured 737 is able carry up to 22 NATO-standard stretchers, including 16 stretchers that can offer intensive care and trauma capability support.

This includes medical equipment such as heart rate monitors, defibrillators, respirators, oxygen supplies, infusion pumps, and thermo stabilisers that can be flexibly rigged with the interior modification kit.

The Air Evacuation system, which normally is manned by the Norwegian Defence Medical Services and the National Health Service, is stored and maintained by SAS qualified personnel.

The system was developed, manufactured and delivered in collaboration with Nodin Aviation, a Norwegian research and development company focusing on medical evacuation products and concepts for any scenario throughout the Medevac chain.

In 2007, Nodin Aviation was awarded a contract from the Norwegian Defence Logistics Organisation (NDLO) for converting a mainstream Boeing 737 passenger jet into a medical evacuation aircraft, sometimes known as a ’flying hospital’. 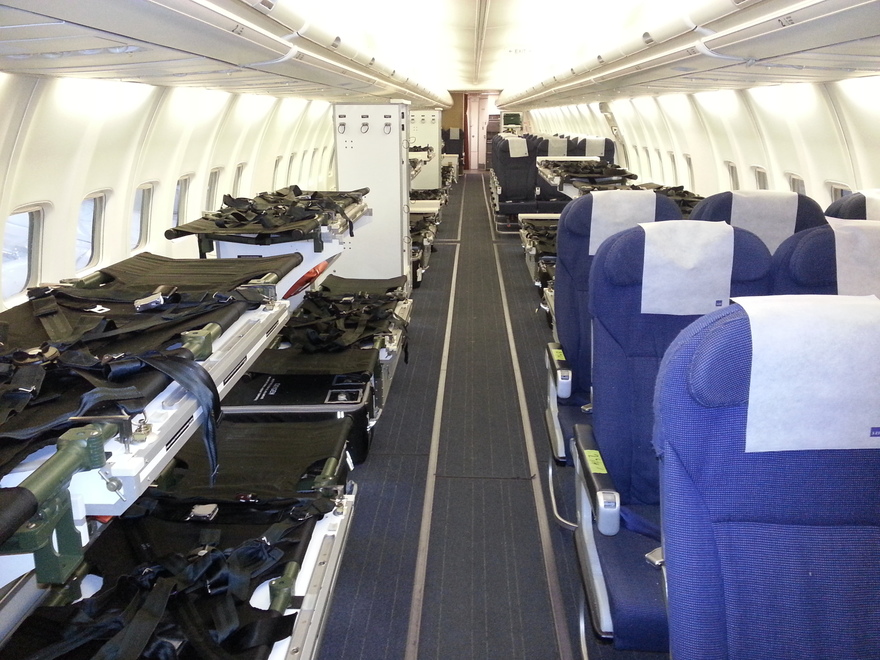 Nodin Aviation used its expertise in innovation and design of Medevac solutions, while Marshall Aerospace used its excellence in the manufacturing, integrating, testing and certifying of the entire system.

Under the agreement, The Norwegian Defence received two state-of-the-art and fully operational Air Evacuation systems from the Marshall-Nodin partnership.

Previous humanitarian operations have included evacuating international hostages in Algeria in 2013, as well as being on high alert through the crises and wars in the Lebanon, Iraq, Afghanistan, and Syria.

The Industrial Cooperation between Nodin Aviation and Marshall Aerospace has been yielding concrete results from its first delivery to the present day, as evidenced by its current usage in the Ukraine.

Since 2013, Nodin Aviation has also been a member of the Marshall Export Development Programme (MEDP) – a network of mostly military medical Norwegian companies led by Marshall Aerospace that conducts industrial cooperation to develop, promote, sell and service joint solutions.

Marshall Aerospace and Nodin Aviation have also cooperated to develop the Patient Transport Support System (PTSS) for the C-27J transport aircraft; a robust stretcher for military units (NATO Medevac Stretcher); and the Royal Netherlands Air Force Air Medical Evacuation System (AMES) which is in the process of being delivered for the Dutch fleet of C-130s.

Marshall Aerospace and Nodin Aviation are proud of all these jointly developed solutions that help people in challenging situations wherever and whenever the needs arises.