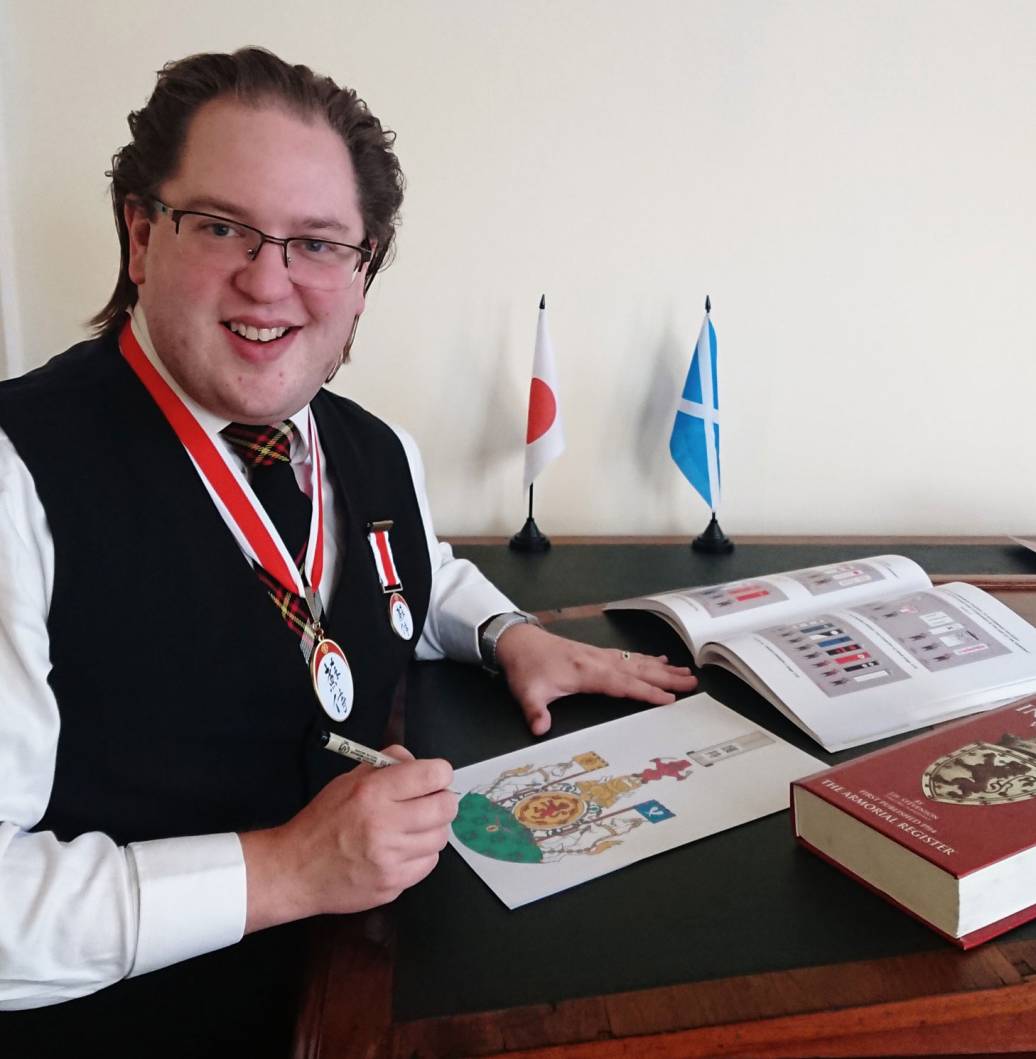 A small town in Scotland called Lockerbie may not be the first place you’d expect to find a Japanese warrior, but Marshall Aerospace and Defence Group’s Strategy Manager, Philip Tibbetts has just been made a Shogun Level Scottish Samurai.

Philip received the award from the Order of the Scottish Samurai for his incredible service to heraldry with communities across Scotland and with respect to Japan. The order recognises and celebrates the achievements of individuals who have 'shown strong character, discipline, dedication and a warrior-like way of striving or achieving excellence'.

Ronnie Watt, Founder of the Order of the Scottish Samurai, commented:

“We are delighted to present Philip Tibbetts with one of our highest accolades. Philip is outstanding in his field and has great experience working with Japan. Congratulations to him!" 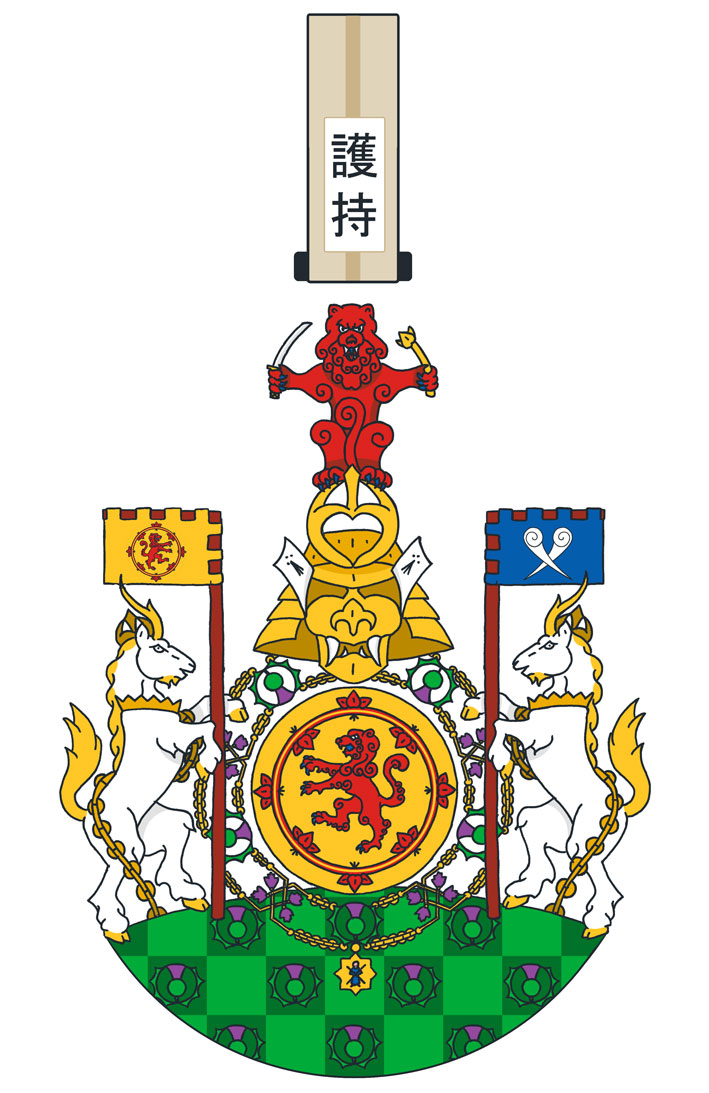 This Japanese take on the Scottish Arms uses Japanese creatures like the Komainu and Kirin to represent lions and unicorns, along with mon styled plants to represent meadowsweet and thistles. The compartment below the shield uses a ichimatu plaid pattern as a Japanese themed nod to the infamous Scottish tartan. 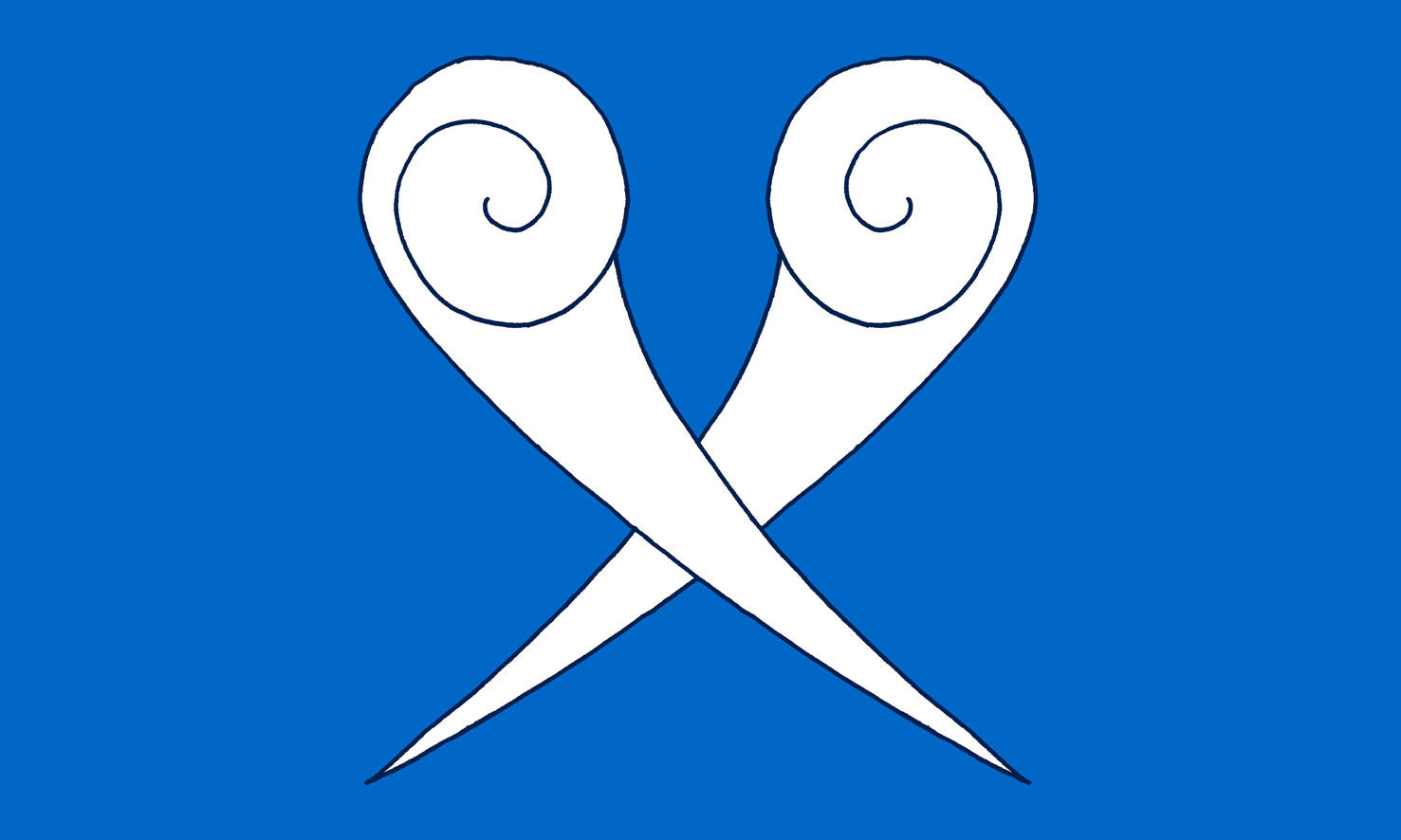 Based on the legend of crossed clouds in the sky, this take on the Scottish flag includes a Mon themed representation of the Saltire and sees a simplified adaptation of kumo cloud patterns.

In 2018, Philip was recognised as Scotland’s foremost flag expert by being appointed as the Lyon Court’s first ever Honorary Vexillologist. In this role he supports towns and counties across the country in developing their own flags, crests and coat of arms such as the flag of Kirkcudbrightshire, which was registered as the flag of the county in June 2016.

“Whilst I only moved too Lockerbie two months ago with my young family, I look forward to proudly representing my new home through my work both within Scotland, and now across the globe in Japan too. Furthermore, I aim to support communities, groups and individuals across Dumfriesshire and the Scottish Uplands with Flags, Arms and even Japanese Mon!”