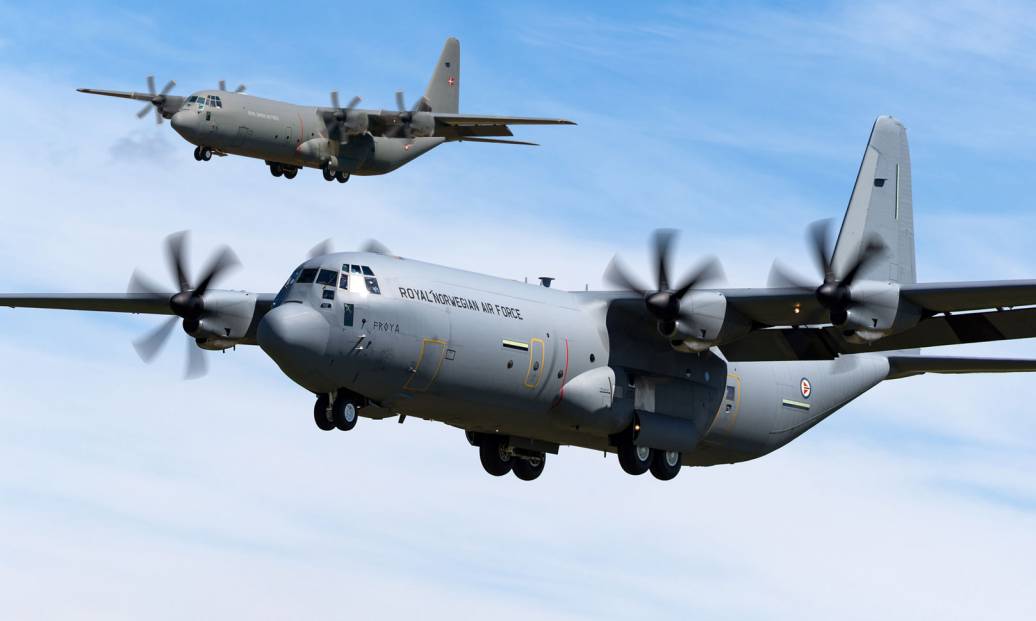 Marshall Aerospace and Defence Group (MADG) has underlined its position as the leading global C-130 support specialist by winning a seven-year contract with the Norwegian Defence Logistic Organisation and the Danish Defence Acquisition and Logistics Organisation that will see it continue to maintain the nations’ combined fleet of eight C-130J aircraft.

MADG, which currently supports C-130 fleets for 17 international governments, demonstrated best value through a very competitive tender process to secure the new deal. This new contract builds on a relationship with the Royal Danish Air Force dating back to 1986 and the Royal Norwegian Air Force dating as far back as the mid-seventies having previously supported their C-130H fleet.

“We are absolutely delighted that we have been able to secure a further seven-year deal with two very important and long-standing customers. It is a fantastic testament to the quality of the work that our teams deliver and also serves to reinforce our position on the global stage.

“It is the perfect way to end the year during which we have continued to grow our global footprint, most notably securing a ten-year multi-million dollar contract to provide depot level maintenance to the US Marine Corp’s fleet of 66 KC-130J tanker aircraft.

“We are incredibly proud that we have been able to continue to grow our business and at the same time support so many nations in their fight against the current global pandemic by ensuring aircraft availability through the most challenging of periods.”

“I am very pleased that NDLO will continue the strong partnership with MADG for the C-130J Maintenance, within the NORDEFCO cooperation.”

The Royal Danish Airforce fleet of four C-130J-30 plays a vital role in Danish foreign and domestic politics as it supports Danish troops around the world as well as the Danish outposts in the Arctic region ranging all the way up to “Station Nord” only a little less than 1000 kilometres from the North Pole. The Danish Defence Acquisition and Logistics Organisation is looking forward to implement this new contract, and to continue the long standing relationship with MADG in order to ensure the maximum availability of our fleet of C-130J-30 and thereby maximizing the support they deliver.

The new contract will see MADG carry out a range of MRO activities, predominantly depth maintenance comprising of C, C2 and D Checks at its facility in Cambridge, UK.