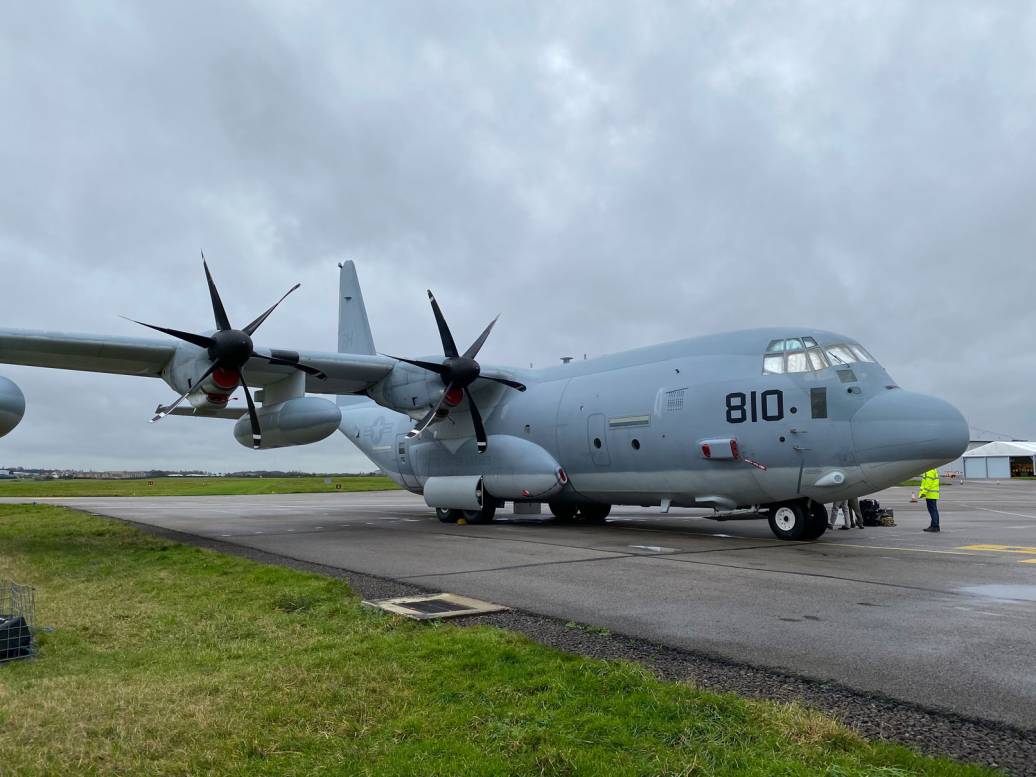 Marshall Aerospace and Defence Group (MADG) celebrated the arrival of the first US Marine Corps aircraft to be inducted into its Cambridge headquarters today for depot-level maintenance under the company’s new ten-year multi-million dollar contract with NAVAIR, Naval Air Systems Command.

The aircraft, which has recently returned from a deployment with Special Purpose Marine Air Ground Task Force – North Africa Response Force, will complete a Planned Maintenance Interval performed by MADG’s team of high skilled technicians in its dedicated C-130 MRO facilities based in Cambridge, United Kingdom.

Marshall won the Multiple Award Contract (MAC) earlier this year after a rigorous international competition that included extensive pre-solicitation audits and demonstration of past performance, bringing the number of Government C-130 fleets it supports to 17.

“The arrival of the first US Marine Corps aircraft is a very significant and exciting milestone for our business and I know that the team will deliver our usual standards of exceptional service to this important customer.

“We have made significant progress in growing our international business over recent years and I believe we have now established Marshall as the global leader in C-130 depth maintenance and I am incredibly proud that so many nations are choosing to put their fleet in the hands of a privately owned British company.”

“We’re thrilled to begin directly contributing to the sustainment requirement of Tactical Airlift Program Office (PMA-207) with the induction of our first Marine Corps KC-130J at MADG. Recognized as a global leader on the C-130 platform, MADG aligns well with the FRC Western Pacific mission emphasizing agility, quality, and safety to return a premier product to the customer. We couldn’t be happier to be partnered with MADG, and together, look forward to positively impacting the future operational readiness of the C-130 fleet.”