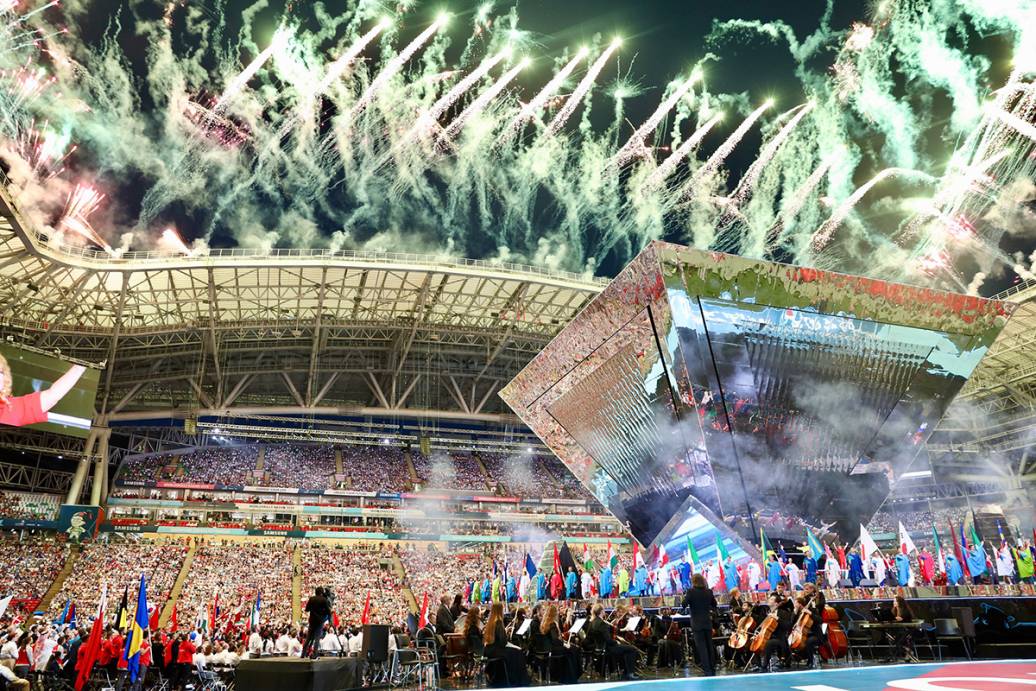 Former Marshall Aerospace and Defence Group apprentice, Haydn Jakes, carried the flag in an electrifying opening ceremony of the WorldSkills Championships in Russia last night, in front of more than 50,000 spectators.

And millions more watched the fireworks and glittering parade from the comfort of their sofas, as the event, fittingly termed the ‘Skills Olympics’ was streamed live from the Kazan Arena Stadium that is normally host to Russian Premier League and international football.

Haydn, 22, is up against 16 others in the Aircraft Maintenance category in the global competition that pits 1,300 of the very best young apprentices from 63 countries against each other in 56 skills over four days.

He’ll need to win through five tasks in his quest for a gold medal in this year’s championship, the 45th biennial event that aims to promote vocational training skills. 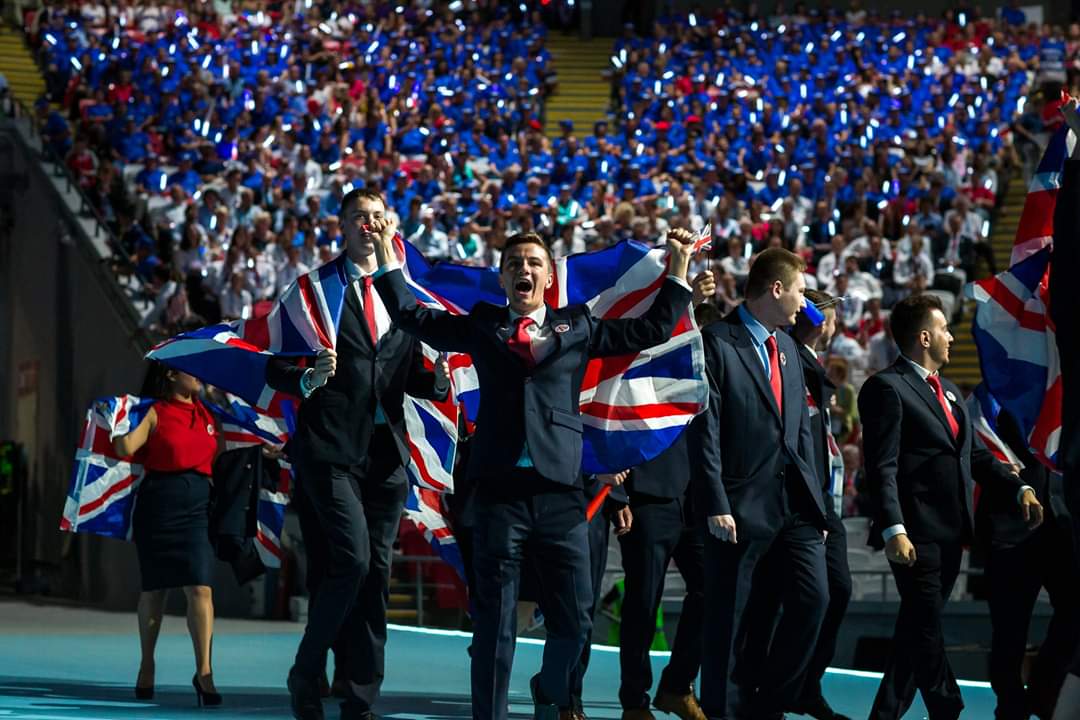 Haydn is one of 37 apprentices and college students in TeamUK, competing in 32 events. He beat a number of hopefuls in heats held earlier this year to win his place in the finals.

Marshall has supported Haydn with expert training, use of its engineering facilities, equipment and funding.

And the UK Government is also backing the team, having hosted a Parliamentary reception recently and meeting with Education Secretary, Gavin Williamson.

“These young people are an inspiration to the next generation, and a reminder of the importance we must place on building a skilled workforce that will help make sure we have a productive economy as we prepare for Brexit.”

Haydn was an apprentice at Marshall between 2013 and 2017. The company has 27 young men and women about to begin apprenticeships at the beginning of September, the 100th year it has run the training scheme.