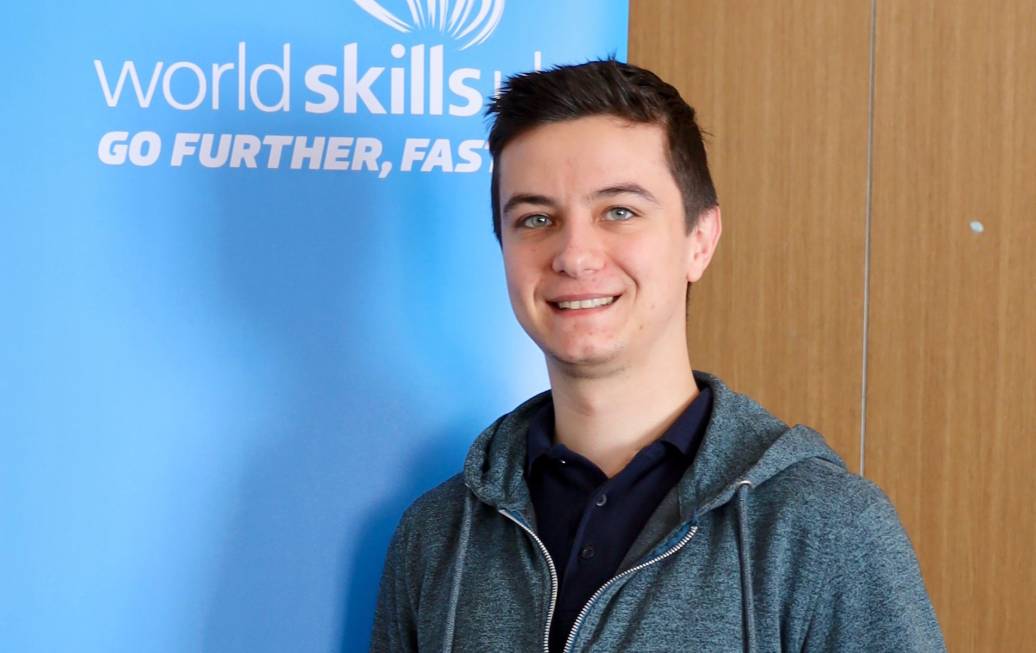 One of our former aircraft apprentices is aiming for gold in the global WorldSkills Competitions, and has already shown his mettle by winning silver in a warm-up heat in Russia this week.

Haydn Jakes, 22, who trained with us as an apprentice between 2013 and 2017, beat dozens of hopefuls in regional and national skills competitions to win a coveted place in the WorldSkills TeamUK, as the only UK representative in the Aircraft Maintenance category.

Haydn now faces 18 of the world’s top young aircraft engineering hopefuls from around the world in the international finals in Kazan, Russia in August.

“I want to thank Marshall Aerospace and Defence Group for their continued support and allowing me to use their training workshop,”

“Their technical instructors are second to none and have been extremely helpful.”

Haydn is one of 1,600 competitors from more than 60 countries competing in 56 skills at the final.

Part of his training for the international competition is working on his concentration and mindset with Team GB’s Olympic sports coaches, to ensure he’s head is really in the game.

WorldSkills UK is a partnership between businesses, education and governments that accelerates young people’s careers and aims to give them the best start in work and life.

TeamUK believes that the International Finals will boost the UK economy, drive up training standards and increase productivity.

It’s a huge kudos to Marshall Aerospace and Defence Group that one of our people has done so well, including beating engineers from leading aircraft manufacturers.

He will head to the Houses of Parliament next month to meet with the Minister for Skills and Apprenticeships, Anne Milton, who will present him with a commemorative enamel plaque.

Haydn’s apprenticeship has led him to study for a degree in Aerospace Engineering at the University of Nottingham, after which he plans to come back to Marshall to work as an aircraft engineer.