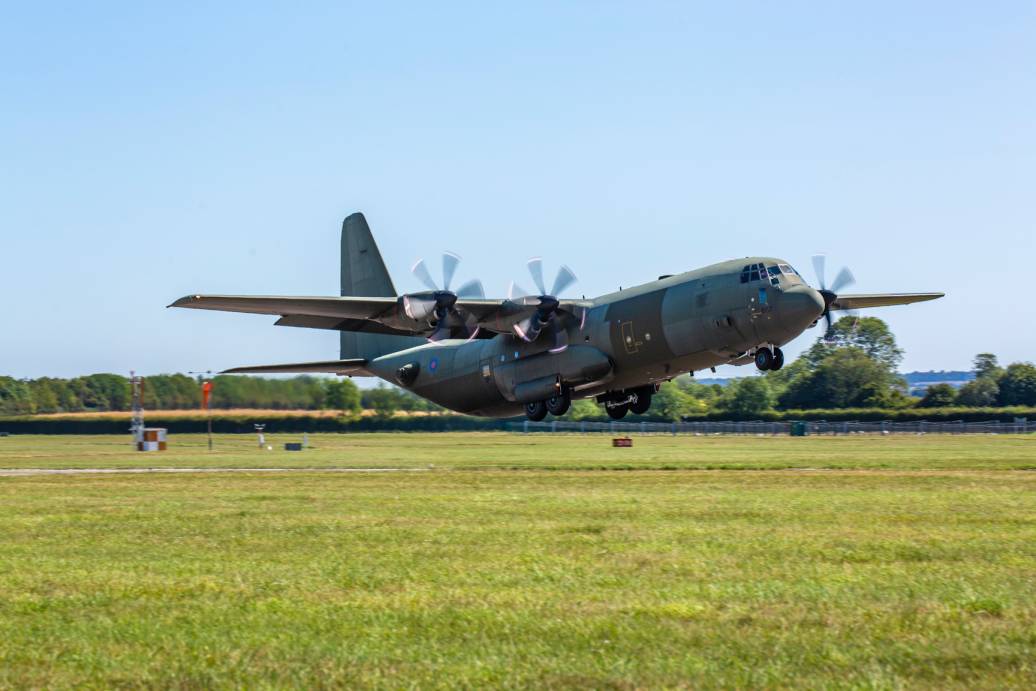 Marshall Aerospace and Defence Group has delivered the first of 14 RAF C-130Js to undergo Enhanced Service Life Centre Wing Box replacement back to its base at RAF Brize Norton.

The company modified the aircraft with a new Centre Wing Box kit that delivers significant durability enhancements and extends the service life of the centre wing box by up to three times. This modification will enable the RAF C-130J fleet to remain in operation until 2035 and beyond, ensuring this essential aircraft can continue to support tactical operations around the world.

Marshall ADG’s UK team of highly skilled technicians harnessed their vast C-130 expertise and experience in deep maintenance and modification, along with the use of LEAN manufacturing processes in a specially refurbished state-of-the-art hangar, to remove and reinstall the new centre wing box as quickly and efficiently as possible in order to maximise fleet availability for the RAF.

“It was truly inspiring to see this aircraft undergoing such innovative modification in our hangar. The team have once again demonstrated their unrivalled expertise on this platform, working collaboratively with a range of stakeholders, including the Ministry of Defence and OEM Lockheed Martin.

“The C-130 has been in production longer than any other aircraft and with more than 450 C-130Js in service it continues to be the transporter of choice with air forces across the globe. We are very proud to be playing our role in the sustainment of such an important UK national asset.”

“A major milestone in ensuring C-130J capability out to the 2035 out-of-service date. Working closely with the DT, the MADG team have demonstrated exceptional technical ability and determination in successfully completing this highly complex engineering task; even a Covid-19 outbreak couldn’t stop the team’s progress!”

Marshall is undertaking this modification in parallel with scheduled maintenance to maximise fleet availability. Modification of the second aircraft is also already well underway.

During the last five decades, Marshall has supported more than 90 C-130s for the Royal Air Force, performing both standard and deep maintenance, as well as engineering and integrating capability modifications.

Through the innovative Hercules Integrated Operational Support (HIOS) contract, the integrated team has increased the availability of the C-130J fleet while delivering better value for the Ministry of Defence, which has reinforced the C-130J’s position as the RAF’s primary tactical and transport aircraft, supporting military, civilian and humanitarian missions to protect people in critical situations around the globe.

The RAF was the first adopter of the Super Hercules C-130J platform, which is now in operation across all continents of the world with the air forces of New Zealand, France and Germany being the latest to order new fleets from Lockheed Martin.