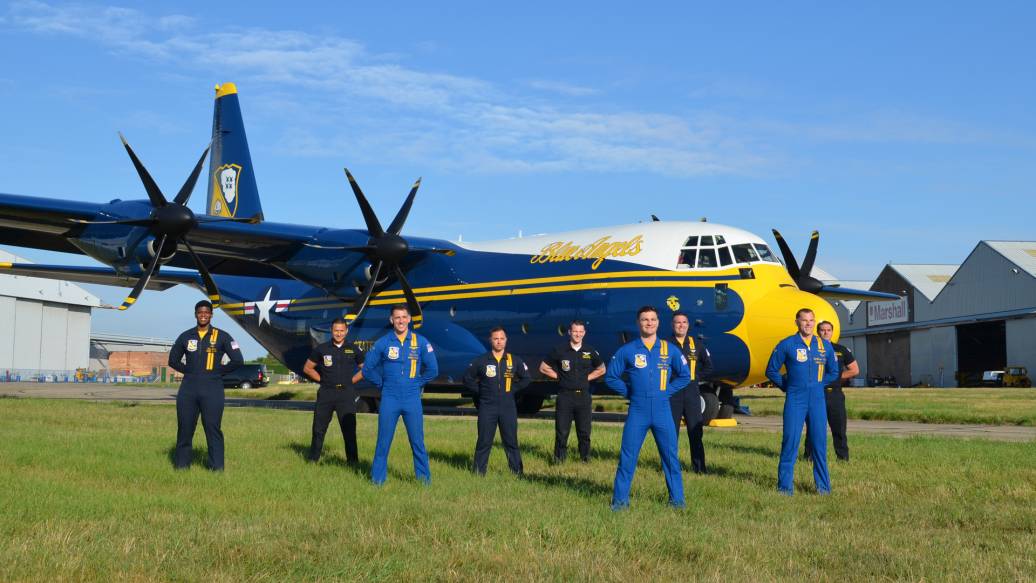 Marshall Aerospace and Defence Group said a fond farewell to the US Navy Blue Angels’ stunning new C-130J as it headed home today.

Since the aircraft arrived in Cambridge last year, the Marshall’s team has been carrying out depth maintenance and minor modification work, as well as repainting it in the iconic Blue Angels’ livery.

The aircraft, which was purchased by the U.S. Navy from the UK MoD, will now join the Blue Angels Flight Demonstration Squadron (NFDS) to provide improved logistical support to the display team.

It will also take part in the display team’s flying performances, as well as being a crucial support aircraft, carrying tools, spare parts and engineers.

“The aircraft looked absolutely stunning as it left Cambridge this morning. We are delighted to have been able to use our experience and expertise to support the US Navy in bringing its new C-130J into service and I am sure, like its predecessor, it will prove a valuable asset for many, many years to come.”

“We are incredibly grateful to our partners in the UK for all their efforts in delivering this vital aircraft to our team,

“Their dedication coupled with support from NAVAIR, CNATRA, PMA-207 and the Marine Corps, will allow us to return to our lead role as the logistics support aircraft for our team. We look forward to fulfilling that role and eventually joining the demonstration, where we can showcase the capabilities of the C-130J and Marine Corps.” 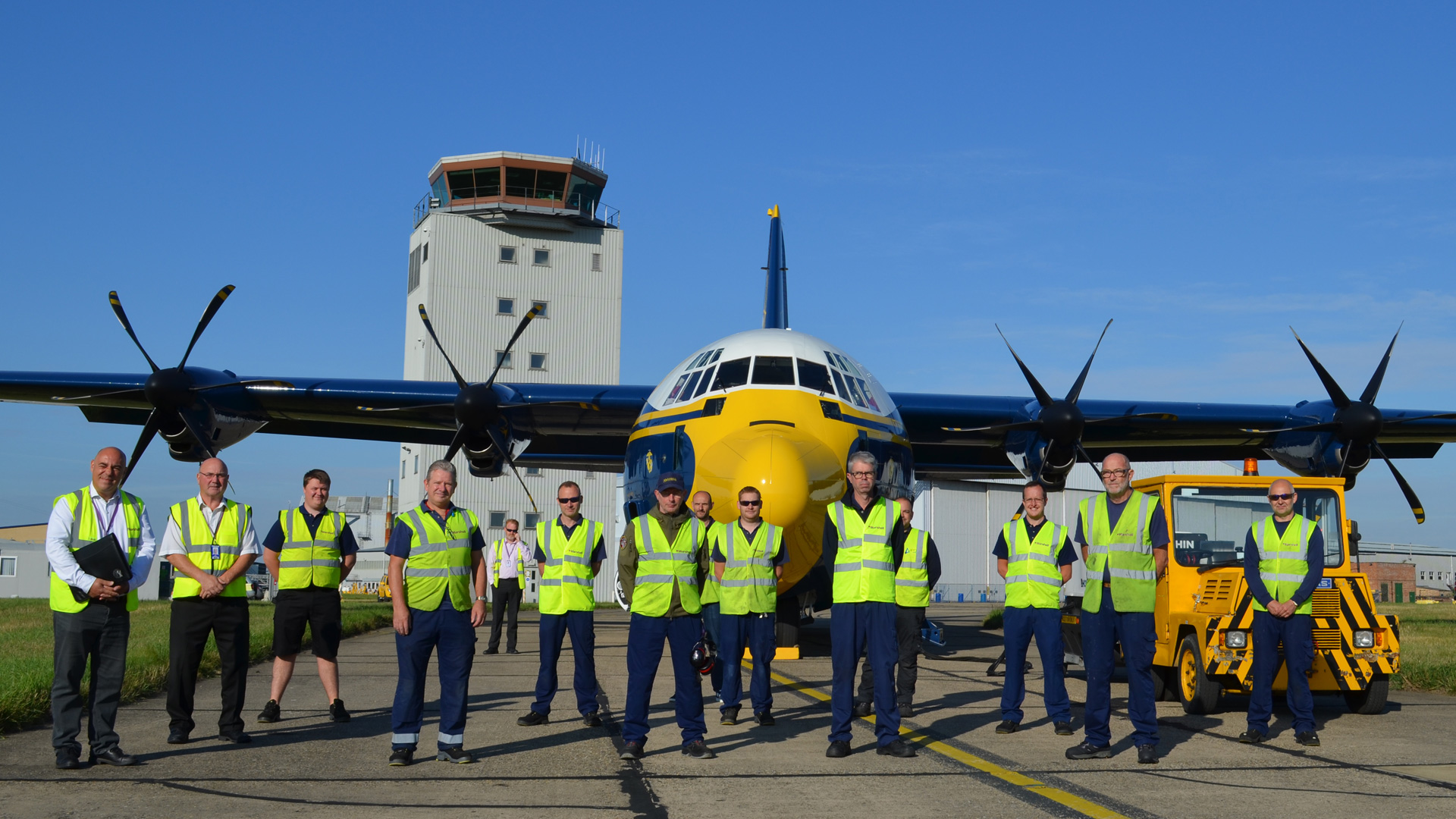 "The UK MOD was proud to work alongside multiple stakeholders to help deliver this great aircraft to the United States Navy Blue Angels. It really was a team effort from both sides of the Atlantic.

“This C-130J aircraft served the Royal Air Force well over the years, and I am delighted that following a refurb it will now go on to serve another military force. With its bright, new livery I'm sure the new Blue Angels C-130J will turn heads wherever it goes."

The display team’s C-130 pilots and engineers arrived in Cambridge in June to conduct a series of maintenance tests, prior to flying the aircraft back to its base in Pensacola, Florida.

“This has been a great example of cooperation between allies and professionals. Coordination and work to deliver this Blue Angels C-130J highlight a unique program office partnership with UK MoD and Marshall Aerospace. The team has worked through challenges to deliver this high-visibility asset to our fleet, and provide us with a ‘new’ aircraft to support our Naval Flight Demonstration Squadron for years to come.

“We have all been able to witness the transformation of this particular C-130 Hercules transition into a valuable addition to our Blue Angels flying demonstration team. We are pleased to deliver this Super Hercules as the Blue Angels transition to Super Blues. Definitely a job well done by all involved.”