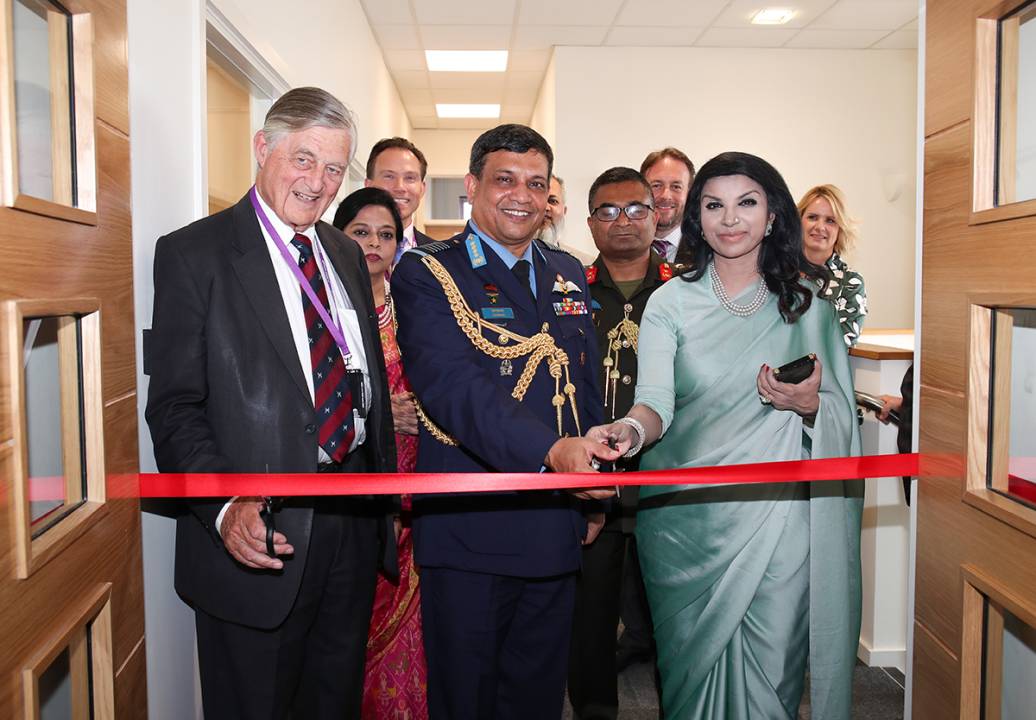 Marshall’s customers include the UK RAF, as well as more than 16 international air forces. Among its long-term international customers are the Swedish and the Norwegian Air Forces who Marshall has been supporting since the 1970s.

Most recently the company signed a 14-year agreement with the Royal Netherlands Air Force, and in June a second multi-million-pound contract with Bangladesh, with more contract announcements expected this year.

The new service centre gives them private offices, as well as access to meeting rooms, a comfortable lounge area and kitchen. Two golf buggies and a minibus will transport them around the airport.

“We are delighted to welcome Air Chief Marshal Serniabat and proud that he should take time out of his busy schedule to open our new Customer Service Centre,

“We’ve invested in this new space to offer our international customers a seamless experience with us and to benefit from first class accommodation and everything they need in one comfortable location, dedicated to them, with a team to look after their needs while we work on their platforms.”

Customers will be supported by a team of eight dedicated customer service personnel, who will provide administrative support. The new centre provides improved facilities and support infrastructure in one central hub.

During his visit, Air Chief Marshal Serniabat also took the opportunity to visit some of the Bangladesh Air Force’s C-130J aircraft recently purchased from the UK Royal Air Force, and that are currently undergoing in-depth maintenance and modification.

“The Bangladesh Air Force started its cooperation with Marshall last year and we are relying on them to support the entry into service of our new C-130J fleet.

“From the outset Marshall’s customer focus and drive to deliver excellent service has really stood out. This new Customer Service Centre is testimony to their commitment to continuous improvement and confirmation of their ambitious growth plans. It’s an honour for me to officially open this wonderful new facility here in Cambridge today.”