An Extraordinary Recovery - Marshall in the Community 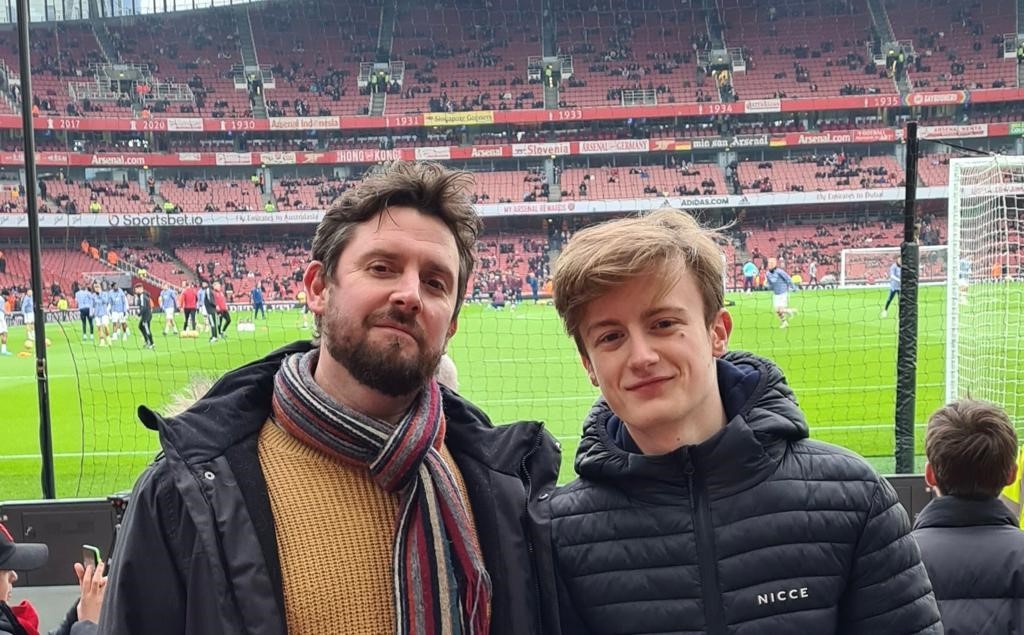 Richard Fryer (Principal Engineer - Flight & Applied Sciences at Marshall) was in a coma at Addenbrookes Hospital this time 10 years ago, with doctors and nurses operating on him to save his life. A decade on, he’s on a mission to swim the equivalent distance of 250km (155 miles) over the course of the year using only his arms, in order to raise money for the East Anglian Air Ambulance (EAAA) who helped to save his life.

This is Richard’s story.

“On 23rd January in 2012 my son and I were commuting to work from our home in Cambridge. Unfortunately neither of us made it to our destination that day.

At approximately 08.30am we were involved in a collision with a speeding lorry, whilst we turned out of a junction onto the A1303.

We were both injured. My son, Freddy suffered a nasty broken leg, but many of my injuries were life threatening. I had a fractured skull, bleeding on the brain, a fractured neck in two places, almost all of my ribs were broken including my sternum. Both of my lungs were punctured, the lining of my aorta was torn, my spleen had ruptured and I had a few other injuries and breaks.

Fortunately the EAAA reacted quickly, flying from their base at Cambridge City Airport to the crash scene. With their expertise and superior equipment to a standard ambulance, they were able to put me in an induced coma and started operating on me at the side of the road. I finally woke from the coma five and a half weeks later, exactly 10 years to this day, and somehow, although I was told I'd have to stay in hospital for a long time, I made amazing progress and was discharged just three weeks later.

After approximately 4 months sick leave I finally started back at work with Marshall on a phased return which lasted 6 months”, he explains.

Whilst Richard is still in pain from his injuries, he has challenged himself to swim the equivalent distance of 250km (155 miles) during 2022, using only his arms. This is approximately the same as swimming from the EAAA headquarters, across the North Sea to Amsterdam.

Richard continued, “I am doing this to raise money for the air ambulance because I can honestly say that they saved my life. If ten years ago, they hadn't come to my rescue I wouldn't be here! I have met the team of paramedics, doctors and pilots who's combined efforts saved me that day. It is a humbling experience and thank you will never be enough.”

Since 2012 Freddy, Richard’s son, has won the JustGiving Young fundraiser of the year and his family and friends have all helped to raise vital funds for the EAAA doing activities such as marathon running, hosting fun days and tandem sky diving. It has been a while since their last efforts, so what better time than the ten year anniversary since the accident.

To sponsor Richard on his incredible mission, please use his JustGiving link below so that the EAAA can save even more crucial lives like Richard and Freddy.