All hail decades of experience and know-how 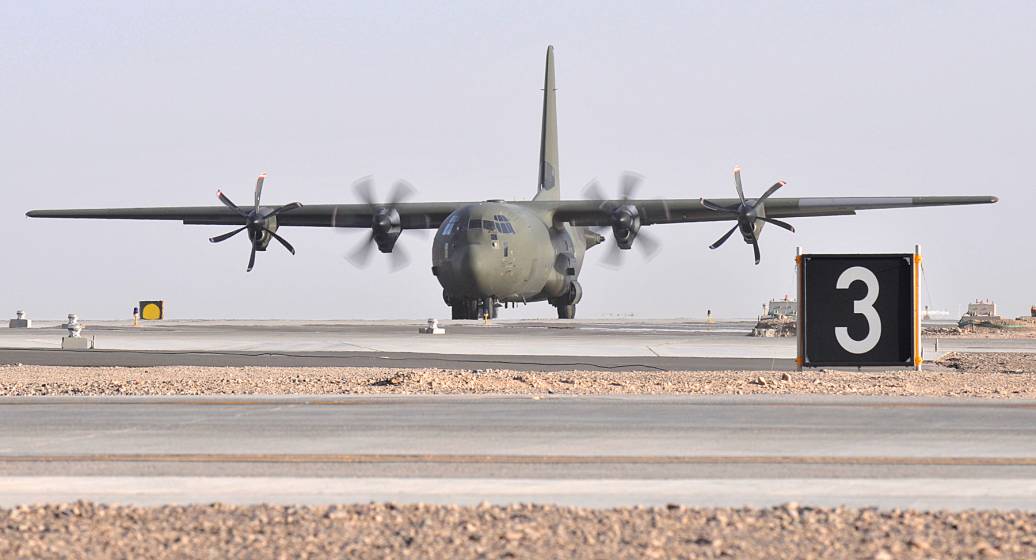 It takes much more than dramatic weather to put a C-130 out of action.

Lockheed Martin C-130s are robust, sturdy aircraft, that have proved they can withstand a range of challenging scenarios across the world, even when they’re battered by huge hail stones.

“That’s the beauty of these workhorses of the sky,”

“However badly they are damaged, they still get the job done and there’s generally a cost-effective way to repair them and get them back operational."

That’s just what we did when five RAF C-130Js got caught in a violent hailstorm that ripped through Kandahar Airfield in Afghanistan in April 2013.

“Hail stones the size of golf balls can do a lot of damage, and they did, but not so much that they put the mighty Hercules out of action.” 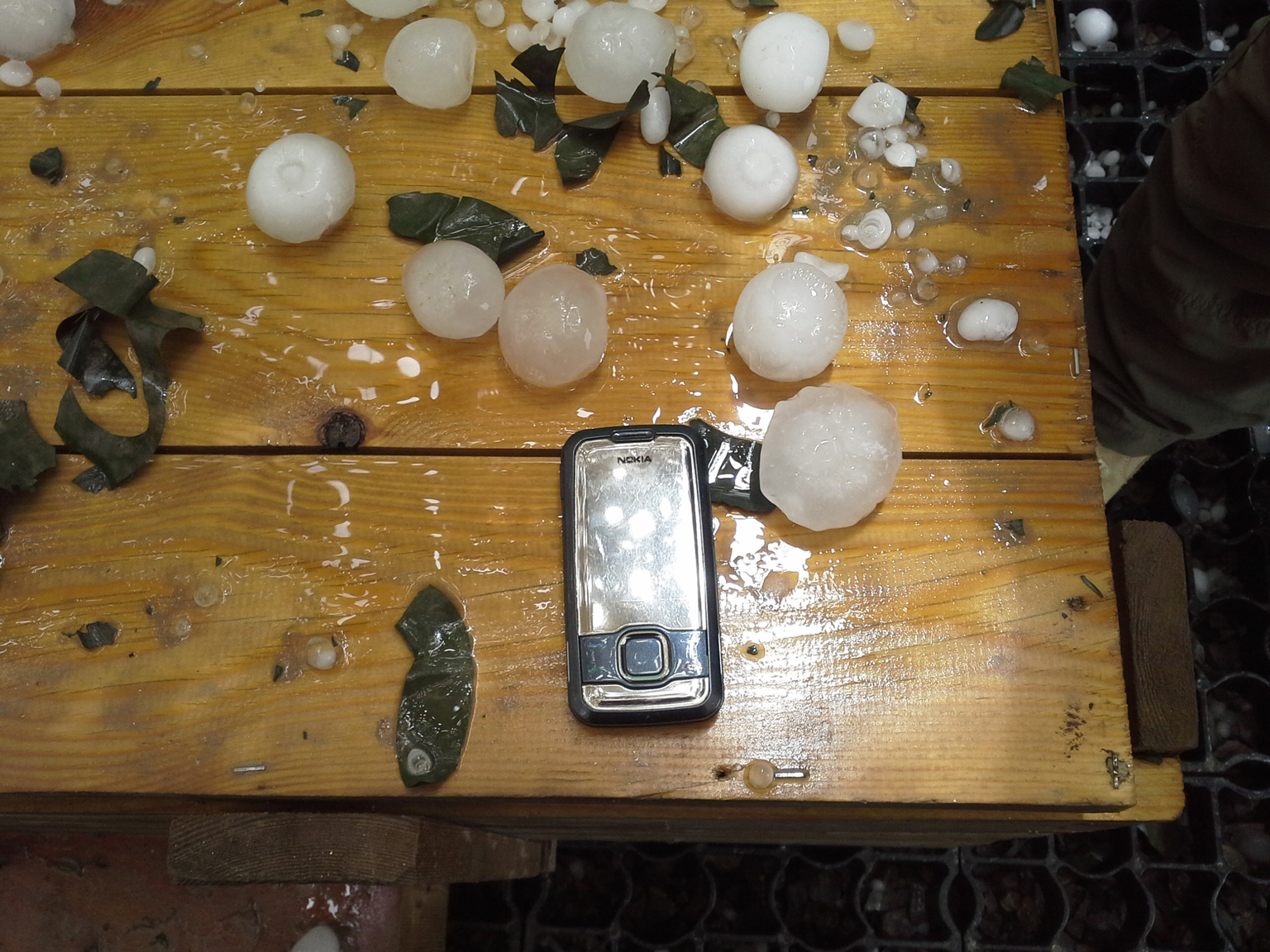 “The hailstones damaged more than 850 panels along the entire length of the five aircraft, particularly affecting the flight control surfaces, all of which needed repairing or replacing before the aircraft could fly again.

“And as an Urgent Operational Requirement (UOR) had been raised, there was no time to lose getting on with ‘Operation Weatherman’.

“The UOR was no simple matter, given there was a lack of C-130J ailerons and elevators in the RAF supply chain and no time to acquire like for like replacement components.

“But we found a way. The C-130 is a valuable asset of the RAF and there’s nothing we like better than making sure it’s available for vital missions, even if we have to draw upon our extensive knowledge to think outside of the box.

“We’ve been working on C-130s for decades, so we know it inside out and because we know this aircraft so intimately, we know where to look for solutions.

“Having supported the RAF’s fleet of 66 C-130Ks, we knew we could adapt dimensionally-identical surplus components from the Ks by re-routing trim-tab actuator looms, repositioning support clips and re-orientating the control rod attachment.

“It wasn’t an easy or quick task, but we did it and then conducted extensive installation trials at our facility in Cambridge, before providing detailed Routine Technical Instruction (RTI) to give the RAF’s in-theatre engineers our best technical advice possible to keep these aircraft operational.

“The first panels were flown out to Kandahar, which meant the severely damaged ailerons on one of the aircraft could be replaced right there in Kandahar, meaning the aircraft was back operational just eight weeks after the hailstorm.

“Replacing all the damaged panels at once was simply not feasible. We had to draw on our engineering expertise to develop a periodic inspection programme that would allow the aircraft to be airworthy and operational while giving enough time for new panels to be either manufactured or purchased.

“We did depth maintenance on three of the four aircraft being repaired onsite to maximise aircraft availability, while at the same time providing routine support to the remainder of the RAF’s operational fleet of C-130Js under our Hercules Integrated Operational Support (HIOS) programme.

“We got all five aircraft back operational in just a few months after that freak hailstorm.” 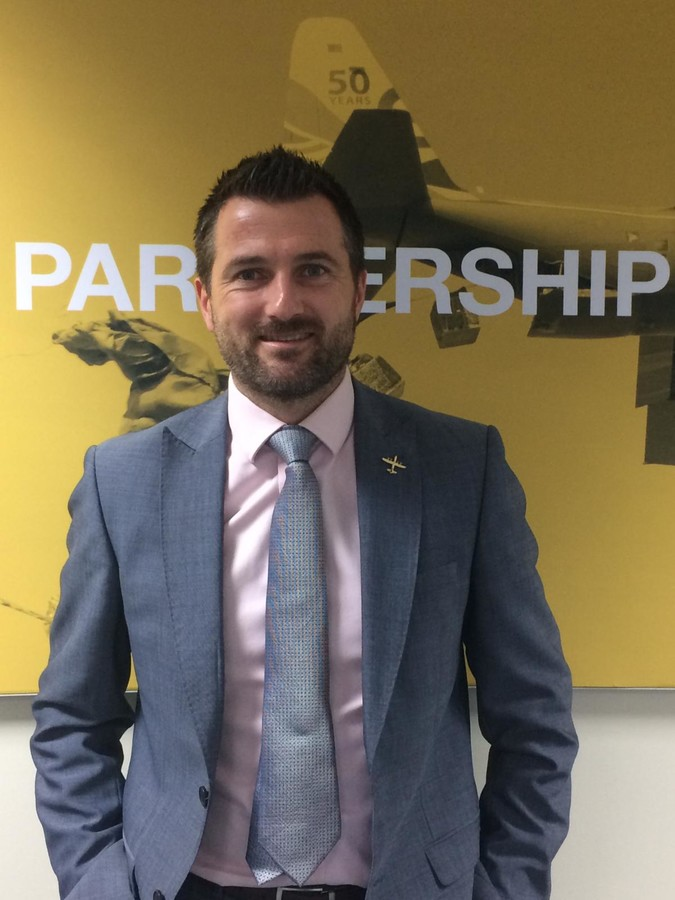 It was an unbelievable effort by our maintenance and engineering teams to achieve what they did in such a short space of time. It just goes to show what can be achieved.

The RAF awarded us a Chief of the Air Staff’s Commendation in recognition of our rapid and efficient response to the UOR. It praised our employees on Operation Weatherman, who ‘displayed tremendous determination to see the project through to a successful conclusion’, as well as our ability to ‘balance competing priorities through flexible planning and resourcing, willingness to innovate, and strong project management.’

Each of the five aircraft retains some minor scars from that faithful day, dents that have been assessed as being permanently acceptable. These dents are a reminder of just how robust these workhorses of the sky really are and also that you can never underestimate the power of mother nature.

Hailstones may have posed a difficult challenge, but the C-130’s robustness and reparability, together with Marshall ADG’s engineering expertise and skills, and collaboration with OEMs, means it takes more than a severe weather phenomenon to put a Hercules out of action for long.

That’s what makes the C-130 one of the most cost-effective transport aircraft for air forces.