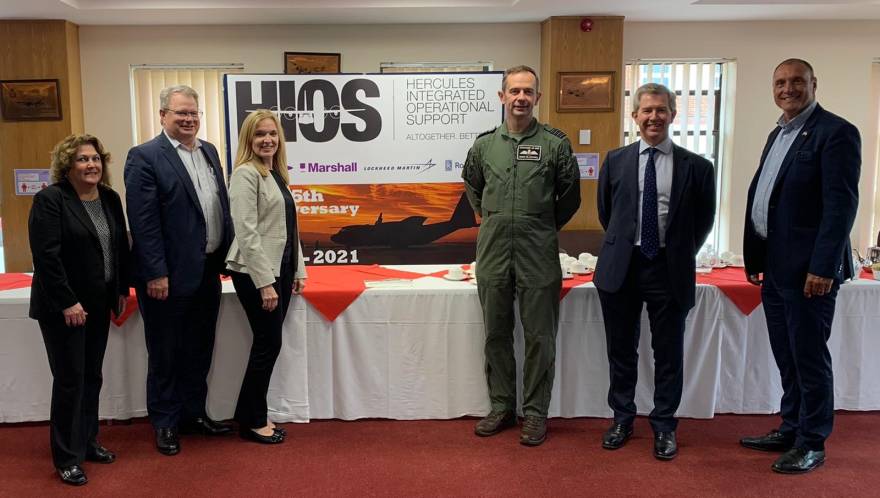 This week at RAF Brize Norton, Marshall were joined by colleagues from the RAF, Lockheed Martin and Rolls Royce for a celebration to mark 15 years of the HIOS Partnership.

HIOS stands for Hercules Integrated Operational Support, and is a joint partnership between the UK Ministry of Defence (MoD), Lockheed Martin and Rolls-Royce, with Marshall as the Prime Contractor providing support for the RAF C-130 fleet with the aim of keeping aircraft availability as high as possible.

“We’re proud to have played such a significant role in the RAF’s C-130 story and HIOS has been at the centre of that. The anniversary was a chance to celebrate the relationships that we’ve established and the joint efforts of our organisations in delivering a key capability to UK Defence.”